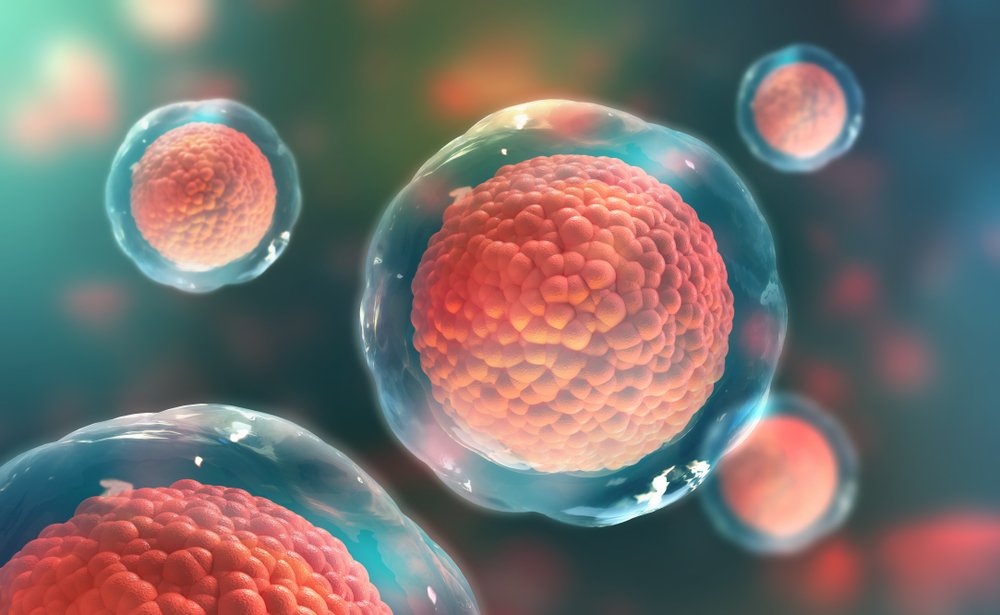 Take a moment and travel back in time to high school biology. Put down the handwritten note that was just passed to you from across the room, look beyond the cute classmate that sits two seats in front of you, and you may see the topic of conversation on the chalkboard: The cell. A basic membrane-bound unit that contains the essential bits of life, the cell is the element of which all things are made. Many don’t necessarily consider the health and well-being of our cells. Still, in many ways, the condition and functionality of our cells drive overall health and wellness.

To protect the essential bits of life found in a cell, a plasma membrane encloses the cell, forming a selective barrier and safeguarding its contents. The plasma membrane can also control the movement of nutrients and waste products as they enter and leave the cell. The importance of the cellular membrane is often overlooked. Yet, a recent study has demonstrated that the composition and functionality of our cellular membranes carry more importance than meets the eye. But before jumping into the study, let’s review the basics.

Over the years, the lipid (fat) bilayer has been firmly established as the basis for the cell membrane structure. More specifically, cellular membranes consist of a continuous double layer of lipid molecules in which membrane proteins are embedded to regulate particles’ movement into and out of the cell. Lipids, or fatty molecules, constitute about 50% of the mass of cellular membranes.

The most abundant membrane lipids are phospholipids, which are generally composed of two fatty acids linked together by a glycerol phosphate backbone. Why do these details matter? Because differences in the length and saturation of the attached fatty acids found in the phospholipid membranes can influence cellular membrane fluidity.

The Importance of Membrane Fluidity

BLOG: What Are Omega-3 Ethyl Esters?

Another critical aspect of fluidity is cellular membrane deformability. Deformability refers to the ability of a cell to change shape under applied stress. Deformability is an essential feature of cells, specifically red blood cells (RBCs), that enables them to travel through even the smallest capillaries of the human body, some with a diameter half their own. Healthy RBCs deform readily in response to the shear stress of the circulation and to allow for the efficient on-loading and off-loading of other gases and nutrients, which the RBCs are responsible for carrying throughout the body. Therefore, we want RBCs that have high fluidity and deformability. Changes in the contents of the cellular membrane, such as saturated and unsaturated fatty acid composition, can affect both membrane fluidity and deformability.

Saturated vs. Unsaturated Fats in the Cellular Membrane

For instance, saturated fats are straight-chained since they have no double bonds in their chemical structure (double bonds create bends in the chain). Therefore, saturated fats can pack and stack easily in the bilayer membrane creating a more stiff and rigid structure. On the other hand, unsaturated fatty acids have bent structures due to their double bonds and, therefore, cannot align and stack as tightly. This might sound bad at first, but it’s actually beneficial. The greater degree of unsaturated fatty acids present in the cell membrane, the greater degree of membrane fluidity and deformability.

Omega-3 fatty acids DHA and EPA are unsaturated fatty acids that can be incorporated into the cell membranes and influence membrane fluidity and deformability. The best way to determine if you’re consuming enough DHA and EPA to positively influence the health of your cellular membranes is to measure your Omega-3 Index.

A 2021 study including more than 42,000 participants found a significant inverse association between Omega-3 Index and risk for death from all causes. Similar associations have been found in several other studies, including the Women’s Health Initiative Memory Study, the Heart and Soul Study, and the Ludwigshafen Risk and Cardiovascular Health Study.

In addition to a low Omega-3 Index, a high RBC distribution width (RDW) can also mean trouble when it comes to cellular membrane fluidity. RDW is another health metric associated with RBC deformability and is a predictor of multiple adverse health outcomes related to cardiovascular disease, SARS-CoV-2, sepsis, lung disease, and cancer.

Since both low Omega-3 Index and high RDW are associated with decreased RBC deformability and increased risk for all-cause mortality, a recent cross-sectional analysis set out to determine if there was an inverse relationship between the two. Furthermore, the researchers hoped to determine if such a relationship could support the identification of a target Omega-3 Index or Dietary Reference Intake (DRI) for omega-3 fatty acids EPA + DHA.

After assessing over 25,000 healthy individuals, the study concluded that an Omega-3 Index <5.6% was associated with an unhealthy RDW. The researchers observed an increase in RDW as Omega-3 Index decreased below levels of 5.6%. The authors attributed this negative relationship to the differences in unsaturated fatty acid composition in the cell membranes. They suggested that since the content of unsaturated fatty acids in the RBC membranes can affect fluidity and deformability, the reduced EPA + DHA content of the RBC membranes (or the low Omega-3 Index) caused the elevation in RDW.

Other potential mechanisms suggested by the authors included the connection between omega-3s, oxidative stress, inflammation, and RDW. Omega-3s may improve RDW through their improved antioxidant capabilities. Oxidative stress can contribute to lipid asymmetry, cause erythrocytes to lose their flexibility, and lead to elevated RDWs.

BLOG: Can Omega-3s Add Years to Your Life?

What Does This all Mean?