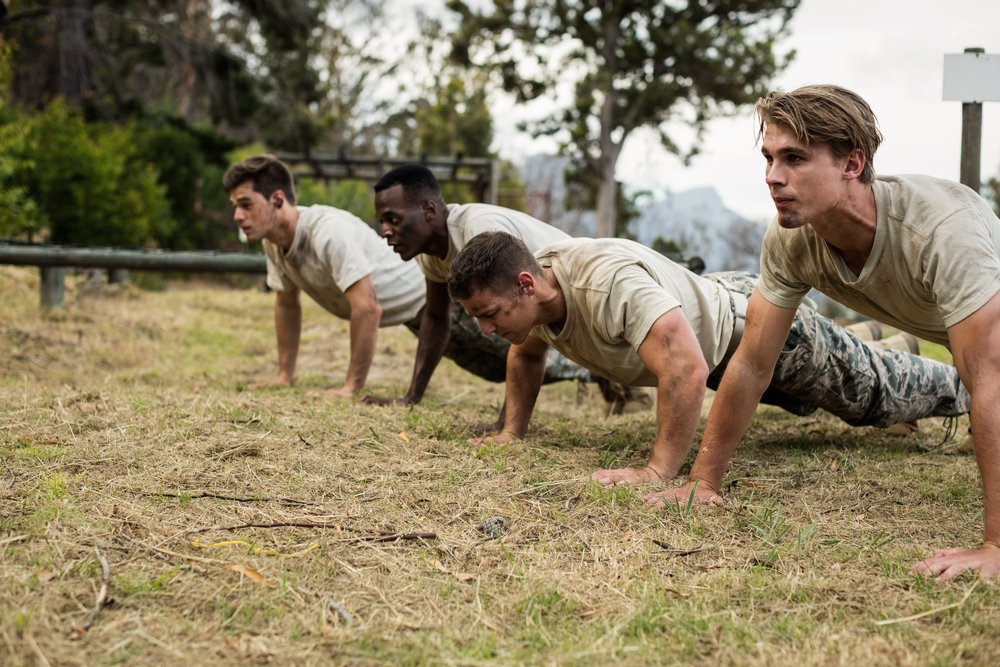 While loss of nutrient status may not seem significant, insufficient nutrient levels may impact a person’s ability to perform optimally. For some, this may mean the difference between winning a match or making it to the end of a season injury free. For others, it could mean maintaining their livelihoods or completing and returning home from a military mission.

Although similar to those who play professional sports, tactical athletes often embody a broader range of training, have no “off-season” to rest and recover, and experience unique stressors such as sleep deprivation, heavy combat loads, extreme environments, and additional psychological stressors that lead to detrimental effects on performance.

Understanding Omega-3 and vitamin D’s role in physical performance and how their physiological levels are affected during intense training could enable all types of athletes to better manage nutrient status and, therefore, heighten performance and minimize risk throughout a sports season or military career.

Before the discovery of vitamin D, people believed the sun was a source of physical strength. In ancient Greece, Olympians were instructed to train in the sunlight to increase muscle size. In the early 1900s, physicians prescribed sun exposure to improve ‘vigor’ in those with muscle weakness.

The concept that vitamin D affects muscular health and performance is not a new concept. However, it wasn’t until the 1960s that scientific discovery supported this theory. Since then, various scientists and clinical studies have identified a strong link between vitamin D and skeletal muscle health and physical performance.

Vitamin D exerts action by binding to vitamin D receptors (VDRs) located on our genes and in almost every tissue in our body, helping explain why its functions on health are so diverse. Vitamin D plays active roles in immune function, protein synthesis, muscle function, cardiovascular function, inflammatory response, and musculoskeletal regulation. Therefore, it should be no surprise that multiple studies have found that higher serum levels of vitamin D are associated with reduced injury rates and better physical performance.

Another study was done, this time in professional soccer players, and found that vitamin D levels were associated with the ergometric evaluation of muscle strength, sprinting capacity, and VO2max. The performance benefits don’t stop with athletes; a study completed on a broad range of healthy men and women found that vitamin D was significantly associated with arm and leg muscle strength.

Most of vitamin D’s performance benefits are believed to be influenced by its action on skeletal muscle. Vitamin D is capable of altering muscle mass, fiber size, and the reparative response to muscle injury. Additionally, vitamin D’s role in injury risk is greatly associated with its action on bone health and immunity.

However, regarding athletic performance, EPA and DHA can also enhance and protect training adaptations through their anti-inflammatory properties and their ability to be incorporated directly into the skeletal muscle and other cell membranes, influencing membrane fluidity and cellular interactions.

Moreover, one can’t discuss omega-3s’ ability to optimize physical performance without mentioning their role in cognitive performance. While studies in this area are limited and mixed, clinical studies on athletes have found that omega-3 supplementation enhanced information processing speed and improved complex reaction time and efficiency.

In healthy participants, omega-3 supplementation has also been found to improve mood states such as decreased anger, anxiety, fatigue, and depression. This is significant because personnel are under both physiological and psychological stress in most sports and military operations.

Many athletes must make quick game-time decisions, perform in front of large stages, or navigate rugged terrain while avoiding enemies to reach a predetermined destination. Cognitive performance is an essential component of sport or mission success. While more testing needs to be done to establish concrete associations and recommendations, omega-3s’ role in cognition is likely to play a prominent role in overall performance outcomes.

Military entry tests have been used since World War I to assess and verify that service members are capable and prepared to deploy and support combat operations. The Army Combat Fitness Test (ACFT), developed and implemented in 2020, was established to test the strongest predictors of performance on common soldier combat tasks related to strength, power, agility, and sustained anaerobic capacity. A study published in the summer of 2022 examined the relationship between the Omega-3 Index (a measure of EPA + DHA in the blood), EPA, DHA, vitamin D, and ACFT performance.

The researchers found that 58% of members tested had a suboptimal Omega-3 Index of <4%, and no cadets demonstrated an Omega-3 Index above 8%, the level that is considered optimal. It was determined that every 0.1% increase in EPA was associated with a substantially longer plank hold. Before adjusting for body composition, EPA was positively correlated with additional measures such as the 3DL, SPT, and LTK.

Regarding vitamin D, the study found that serum levels were positively associated with strength, as well as muscular and cardiorespiratory endurance measured by HRPU and the 2MR, as well as overall ACFT scores. After controlling for body composition, the results remained significant for the 3DL and HPRU scores.

Given these findings, the researchers concluded that optimal vitamin D and Omega-3 levels may play a pivotal role in military performance optimization, especially concerning sustained and improved combat readiness. This evidence adds to the growing body of literature identifying the role of optimal nutrient status in performance adaptations and outcomes.

How Much to Take

The amount of EPA, DHA, and vitamin D an individual should consume will likely vary significantly. Several factors can impact a person’s nutrient status, such as their age, where they live, whether they are pregnant or breastfeeding, the color of their skin, their fat mass, and, as already noted, the amount of training a person completes. With these variables in mind, there are some general recommendations put forth that can help guide goals and strategies.

The Recommended Dietary Allowance (RDA) for vitamin D is 400IU/day for infants, 600IU/day for children, adolescents, and adults up to age 70, and 800IU/ day for adults over the age of 70. However, with the many variables influencing a person’s nutrient status, people will likely need varying amounts of vitamin D in their diet to reach optimal vitamin D levels.

Therefore, the most accurate way to determine your needs is to measure circulating vitamin D (25(OH)D) levels in your blood. Normal ranges of serum 25(OH)D levels are defined as 30-50ng/mL (75-125nmol/L). Once you receive your results, you can calculate your personalized intake needs to reach your desired levels. If you need help determining if a vitamin D supplement is right for you, check out a previous blog article covering all you need to know about vitamin D supplements.

BLOG: What are Supplements and Should You Take Them?

While there is no set RDA for omega-3 EPA and DHA, trends in the literature suggest a daily intake of around 2g which may optimize performance benefits. The European Food Safety Authority (EFSA) has deemed intakes of up to 5g/d safe. Like vitamin D, the most accurate way to determine your omega-3 needs is to measure your current Omega-3 Index, and then calculate the intake required to reach the optimal Omega-3 Index of >8%.

To learn more about omega-3 supplements, check out a previous blog article discussing everything you need to know Omega-3 supplements. And as always, be sure to include a trusted healthcare provider when adding or altering a dietary or supplement strategy.

VIDEO: Why do You Need Vitamin D?