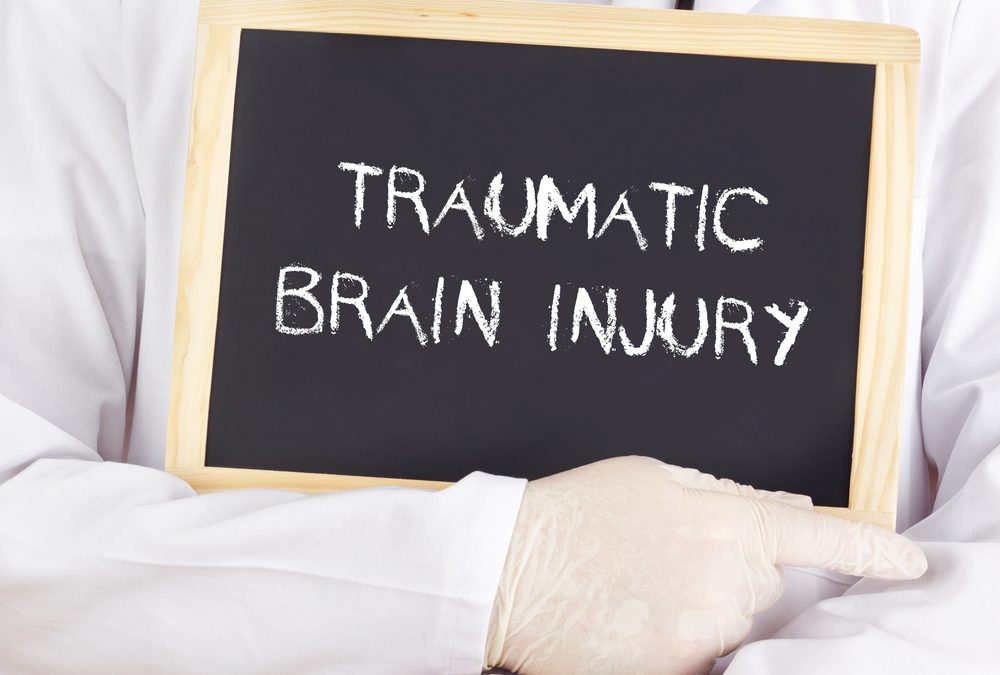 In the US alone, over 1.7 million people suffer from traumatic brain injuries (TBIs) each year. Many are related to contact sports, such as football, boxing, hockey, soccer, and rugby, while others are linked to civilian and military populations in war zones. But just because you have never deployed or played contact sports doesn’t mean you are safe from TBI.

Other common causes of TBI include falls, motor vehicle accidents, and physical assaults such as domestic violence or pub brawls. TBIs are becoming recognized as a significant public health concern and are a major cause of death and disability around the globe.

According to the Cleveland Clinic, a TBI can happen anytime there is a blow to the head and can differ in severity, from mild to severe. Mild TBI, generally known as a concussion, is the most common type of TBI.

Concussions result from a biomechanical force creating direct or indirect trauma to the head. These forces can stretch and bruise nerves and damage blood vessels in the brain leading to temporary chemical or functional alterations.

Some of the damage that may occur after a TBI include brain inflammation, cellular injury and death, axonal damage, membrane disruptions, mitochondrial dysfunction, altered metabolism, and oxidative stress. With more severe TBIs, the brain alterations may last longer or even result in permanent damage to the brain cells.

Symptoms of TBIs may include some (or all of) the following:

However, TBI may not always be obvious, and it’s possible to accrue smaller levels of head trauma without any of the signs or symptoms listed above. Recent evidence suggests that chronic repetitive “subconcussive” head impacts may also result in long-term brain health effects, even if there are no immediate indications of TBI.

Often called an “invisible wound,” some of the long-term cognitive effects of TBI may include:

CTE is not a TBI but a neurodegenerative disease sometimes found in athletes, military veterans, and others with a history of repetitive brain trauma. CTE is not acute but a chronic condition that can occur years or decades after recovery from the short-term effects of TBI.

In CTE, a protein called “tau” malfunctions, slowly spreading and accumulating throughout the brain, leading to neurodegeneration. CTE has been known to affect boxers since the 1920s (when it was called “punch drunk“) but was first confirmed in other sports in 2005 with evidence published on American football player: Mike Webster.

CTE is associated with a prolonged period of repetitive mild TBIs. Although there is an association, concussions and CTE do not necessarily go hand in hand. It seems that a single concussion is not sufficient to lead to CTE.

In addition to those that go unreported, many head injuries are considered subconcussive yet can still influence long-term cognitive health. For example, it’s been reported that an offensive lineman in American football can experience over 1,000 subconcussive hits throughout a single season. In 16% of subjects diagnosed with postmortem CTE, family members reported no concussions, suggesting that subconcussive head injury can be sufficient for developing the disease.

The two populations at greatest risk for CTE development are professional athletes and military members who go (or have gone) to war zones. Of the former National Football League (NFL) players who have donated their brains to research, >90% of them have pathologically confirmed CTE.

How to Avoid the Detrimental Effects of TBIs?

The best strategy to avoid the detrimental short- and long-term effects of TBI is through primary prevention or avoidance of head injury. However, since that is not always possible, there are some things you can do before and after TBI that may prevent and reduce brain damage and improve long-term outcomes.

What Role Can Omega-3 Play in Protecting the Brain?

DHA and EPA are long-chain Omega-3 polyunsaturated fatty acids (PUFAs) typically found in high concentrations in marine algae and fish. DHA and EPA are essential for the proper development, structure, and function of the brain and central nervous system (CNS).

The neuroprotective benefits of omega-3s are evident in animal studies demonstrating that supplementation before or after TBI protects the brain by limiting structural damage to the axon and events such as neuronal apoptosis, restoring the expression of specific protective mediators, reducing injury-induced inflammation, oxidative stress, and cognitive dysfunction. A list of preclinical studies and their reported outcomes can be found here.

Despite abundant evidence supporting neuroprotective effects of omega-3s in experimental animal models, its role in human neurological injuries remains less studied. Case studies detailing the use of omega-3 fatty acids in TBI treatment were first highlighted in the management of the lone survivor of the Sago Mine disaster and a teenager involved in a motor vehicle accident. Since then, several other case studies have been published, including a review of 9 consecutive patient cases with severe TBI whom were treated with high-dose omega-3 fatty acids.

VIDEO: How Does the Omega-3 Index Relate to Cognitive Function?

All case studies concluded that early and optimal doses of omega-3 fatty acids, even in a prophylactic setting, may potentially improve TBI outcomes and counteract the adverse effects of TBI on cognition. There are simple tests that can be taken to determine omega-3 levels for yourself or your loved ones to ensure optimal levels are being reached.

What Else is Being Done to Protect Against TBI?

As concern for safety in sports and the armed forces has grown, so have contributions to research, education, and prevention. The Department of Defense recently invested $700 million  into improving clinical diagnosis and care for over 250,000 blast wave-induced TBI patients injured from explosive devices while deployed. Likewise, the NFL has organized a new medical committee to investigate the issue of TBI and has started a multi-prong approach for making football safer for the players.

The rules of play and policy for many sports have also been given another look over in recent years. “Hit Count” in youth sports is one of these policies that has been picked up by several states that limits the number of head contacts of a particular player over a given amount of time.

In line with this, the NFL and collegiate athletic organizations such as the Ivy League and PAC-12 conference have limited the number of full-contact practices to reduce head impacts. Pop Warner Football, the largest youth football program in the US, took similar actions in 2012. Support for these limits is not universal, however, awareness, advocacy, and policy changes to reduce the risk of TBI seem to be growing and gaining traction nationwide.

Lastly, continued research and education are imperative for improved TBI prevention and outcomes. Over the past several years, organizations have developed concussion education material designed to provide coaches, school administrators, athletes, and parents with practical information on concussions from reliable sources. If you would like to learn more about some of these resources, check out the links below.