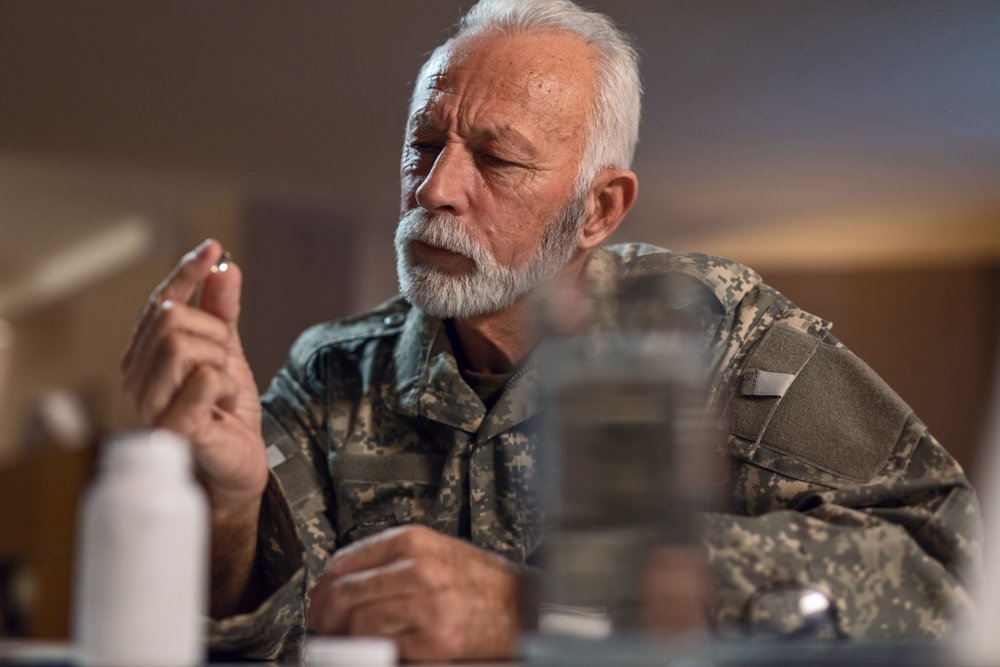 According to a recent Harvard Health Blog, the pursuit for omega-3s as a depression solution has been fueled by the fact that the disease appears less common in nations where people eat large amounts of fish. “This suggests that these nutrients could possibly then be deficient in those showing signs of depression,” the author wrote.

But according to new research from the University of East Anglia (UAE), omega-3 fats, especially EPA and DHA in the form of pills, have little or no effect on anxiety and depression. The systematic review, published in the October 24th edition of the British Journal of Psychiatry, was funded by the World Health Organization.

For this meta-analysis, the research team looked at 31 trials of adults with and without depression or anxiety. More than 41,000 participants were randomized to consume more long-chain omega-3s EPA and/or DHA (fish oils), or maintain their usual intake, for at least six months.

They found that omega-3 supplements had little or no effect in preventing depression or anxiety symptoms, which they say is in line with previous studies.

Lead author Dr. Lee Hooper, from UEA’s Norwich Medical School, said: “Our previous research has shown that long-chain omega-3 supplements, including fish oils, do not protect against conditions such as heart disease, stroke, diabetes, or death.

In this most recent study review, which included information from many thousands of people over long periods, Dr. Hooper and his team didn’t see any protective effects for mood health either. “The most trustworthy studies consistently showed little or no effect of long-chain omega-3 fats on depression or anxiety, and they should not be encouraged as a treatment,” he said.

Dr. Katherine Deane, from UEA’s School of Health Sciences, echoed these thoughts: “Oily fish can be a very nutritious food as part of a balanced diet. But we found that there is no demonstrable value in people taking omega-3 supplements for the prevention or treatment of depression and anxiety. Considering the environmental concerns about industrial fishing and the impact it is having on fish stocks and plastic pollution in the oceans, it seems unhelpful to continue to swallow fish oil tablets that give no benefit.”

The median dose in the studies these researchers looked at was 950 mg/day. (We’ll discuss the relevance of dose later in this blog.)

But what about using omega-3s as adjuncts to depression and anxiety medicines?

Some studies of depressed psychiatric patients have suggested that antidepressant efficacy can be increased by adding EPA, so one study looked at whether the addition of EPA could improve the response to sertraline in depressed patients with or at high risk for coronary heart disease (CHD).

After 10 weeks, there were no differences between the groups, leading researchers to conclude: “Augmentation of sertraline with 2 grams per day of EPA for 10 weeks did not result in greater improvement in depressive symptoms compared to sertraline and corn oil placebo in patients with major depressive disorder and CHD or CHD risk factors. Identifying the characteristics of cardiac patients whose depression may benefit from omega-3 and clarifying the pathways linking omega-3 to improvement in depression symptoms are important directions for future research.”

Most in the clinical community agree treating depression anxiety and depression is incredibly complex.

A Harvard Health Blog published in June highlighted the multifaceted nature of depression. “It’s often said that depression results from a chemical imbalance, but that figure of speech doesn’t capture how complex the disease is. Research suggests that depression doesn’t spring from simply having too much or too little of certain brain chemicals,” the author wrote.

“Rather, there are many possible causes of depression, including faulty mood regulation by the brain, genetic vulnerability, stressful life events, medications, and medical problems. It’s believed that several of these forces interact to bring on depression.”

So if treating depression and anxiety is basically an exercise in trial and error, the same seems to be true of clinical studies investigating these issues, especially when it comes to dose. Some studies are giving people 500 mg omega-3s per day while others have administered more than 6 grams per day.

Looking on the Bright Side

On September 9th, World Psychiatry published a meta-analysis of randomized controls trials using nutrient supplements as treatment for mental disorders in which they singled out omega-3s as being in the best position to support proper mental health.

There was also some evidence to suggest that omega-3 supplements may also have small benefits for ADHD.

Also in September, the International Society for Nutritional Psychiatry Research (ISNPR) released practice guidelines for omega-3s as adjunctive therapy for major depressive disorder. The panel focused their efforts on five important areas, including general concepts, acute treatment strategy, depression recurrence monitoring and prevention, use in special populations, and potential safety issues. From there, they devised several strategies to assist doctors in administering omega-3s to their patients.

The group believes that personalizing the clinical application of omega-3s in subgroups of MDD with a low Omega-3 Index or high levels of inflammatory markers might be regarded as areas that deserve future research.

Depression is one of the most complex illnesses to treat, so there is great interest in trying to figure out what types of solutions will have long-lasting benefits. Omega-3s are of particular interest in this area because they are found in the brain and studies have shown they interact with certain mood-regulating neurotransmitters like serotonin. Their anti-inflammatory benefits are also likely to play a role.

VIDEO: Dr. Bill Harris Discusses the Relationship Between the Omega-3s and Anxiety & Depression

Another depression study published last year in the Journal of the American College of Cardiology’s Heart Failure found significant correlations between blood levels of EPA plus DHA omega-3s (i.e., Omega-3 Index) in “cognitive” (as opposed to “somatic”) depression among heart failure subjects. (Cognitive depression would include symptoms like sadness and pessimism, whereas somatic would include manifestations such as fatigue and sleep disturbances.)

Offering some context on this study, Dr. Bill Harris, one of the study’s authors and the co-inventor of the Omega-3 Index test, said, “This was a study in already depressed individuals, which meant the researchers are looking to high-dose (although it could have been higher) omega-3 supplements to improve depressive symptoms, like a drug,” he said.

In terms of anxiety, one of the first studies to show that omega-3s EPA and DHA might help  was published in 2011.

In this study, researchers evaluated anxiety levels in 68 medical students, who provided serial blood samples during lower-stress periods as well as on days before an exam. The students also received either 2.5 grams per day of omega-3s (2085 mg EPA and 348 mg DHA) or placebo capsules that mirrored the proportions of fatty acids in the typical American diet.

Compared to controls, those students who received omega-3 supplementation showed a 20% reduction in anxiety symptoms. For these researchers, the data suggest that omega-3s can reduce inflammation and anxiety even among healthy young adults.

And then just last year, a meta-analysis published in JAMA added another layer of support to the role of omega-3s in reducing anxiety.

This report tapped data from 19 clinical trials, which included 2240 participants (1203 treated with omega-3s and 1037 without) from 11 countries. Participants had a wide range of psychiatric and physical conditions, including borderline personality disorder, depression, obsessive-compulsive disorder, Alzheimer’s disease, test anxiety, acute myocardial infarction, and premenstrual syndrome. Others were from the general population and had no specific clinical conditions.

But most important, researchers discovered daily dosages higher than 2000 mg of EPA and DHA combined were linked with a significantly higher anxiolytic effect, compared with lower dosages. In addition, supplements with less than 60% eicosapentaenoic acid (EPA) were significantly associated with reduced anxiety symptoms, but supplements with 60% or more EPA were not.

One of the other major limitations in this study was the small sample size, however, researchers are confident they are onto something here. The next round of studies, they said, should focus on finding the most appropriate dose.