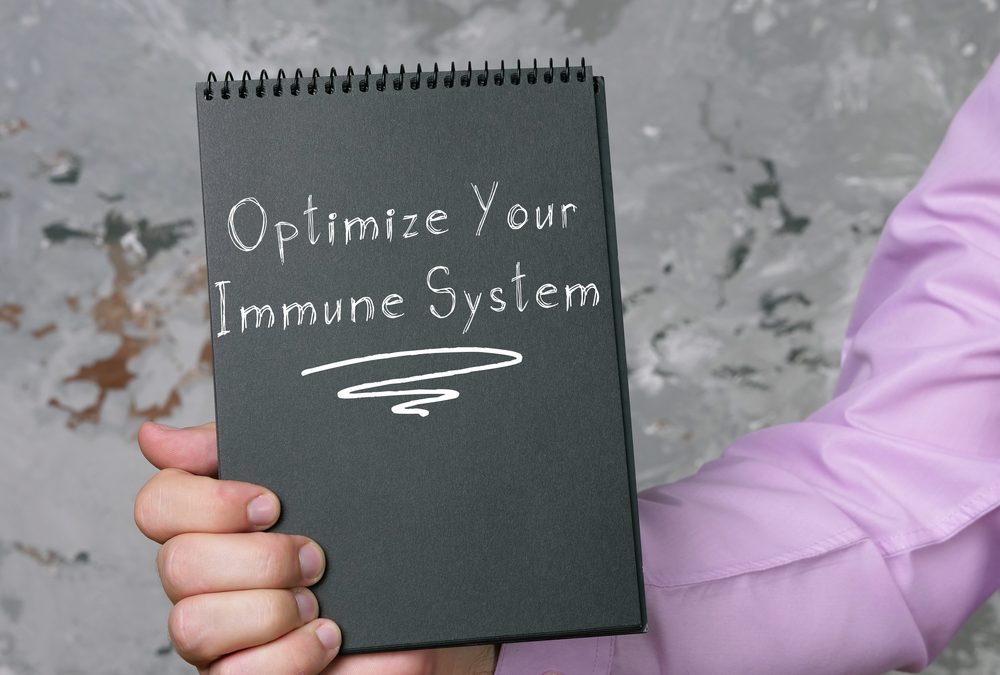 A healthy immune system protects us from foreign invaders such as bacteria, viruses, fungi, and toxins that may otherwise make us ill. The immune system is incredibly complex and requires the coordination of different immune cells and the regulation of their activity to work effectively and safely.

Numerous immune cell types circulate throughout the body. Each cell type plays a unique role in recognizing a problem, communicating with other cells, and fighting off foreign invaders. While our immune system can be influenced by many factors, a healthy and balanced diet is essential for optimal immune functioning.

The Immune System at a Glance

The innate immune cells (macrophages, neutrophils, eosinophils, basophils, mast cells, natural killer cells, dendritic cells, and phagocytes) are the first line of defense. Cells of the innate immune system act quickly yet respond similarly to all foreign bodies, which is why they are referred to as non-specific. Once a foreign invader is recognized, they work to neutralize it by directly attaching to and marking them as targets for other immune cells, enclosing and “digesting” them, and releasing pro-inflammatory mediators called cytokines and chemokines.

BLOG: How do Omega-3s and Vitamin D Play a Role in Autoimmune Disease?

Cytokines and chemokines are essential molecules that coordinate and regulate an effective immune response. The immune system is dependent on the coordinated migration of cells for its function. Cytokines and chemokines guide immune effector cells to sites of infection, regulate their activation or suppression, coordinate interactions between immune cells, and manage the interactions between innate and adaptive immune systems.

Cells of the adaptive immune system (lymphocytes, i.e., B cells and T cells) respond to pathogens and pro-inflammatory mediators, such as cytokines and chemokines, by producing antibodies. Antibodies can neutralize germs by directly attaching to them, or their toxins, and preventing them from latching onto healthy cells and infecting them. While their action is delayed compared to the innate immune cell response, adaptive immune cells have higher specificity and develop memory against pathogens. After just one meeting, their speed and efficiency in fighting pathogens are enhanced during subsequent encounters.

Nutrition is a modifiable factor impacting immune function. The study of how diet affects immune capacity has been termed nutritional immunology. While it is widely accepted that nutritional deficiency needs to be corrected to ensure the immune system functions properly, mounting evidence indicates that certain nutrients may need to be consumed in amounts above current recommended levels to truly optimize immune function.

A healthy diet is essential for appropriate immune functioning, and some dietary factors have been found to have direct immune-regulatory properties. Omega-3 polyunsaturated fatty acids (PUFAs) are part of a class of nutrients well known for their impact on immune cell function, and they act through multiple mechanisms.

Omega-3 fatty acids have been found to effectively incorporate into the cellular membrane of all the immune cells investigated to date. Since PUFAs are bent (due to containing multiple double bonds in their carbon chain), they cannot stack as tightly within cellular membranes as fatty acids that are straight chains (due to having no double bonds).

Therefore, incorporating PUFAs increases the fluidity of cellular membranes and influences cellular membrane properties. Fluidity is a term used to describe the ease of movement of molecules in the membrane and is an important characteristic of optimal cellular function.

Moreover, it’s not just the omega-3s that act on our immune system, but the metabolites derived from them that have essential immune-regulatory functions as well. These metabolites are more generally known as specialized pro-resolving mediators (SPMs), which are classified into different families, such as prostaglandins, leukotrienes, thromboxanes, maresins, protectins, and resolvins.

BLOG: DPA, SPMs and Other Cool Things About Omega-3s

Another way omega-3s regulate the immune system is through their direct competition with omega-6s, whose metabolites promote the inflammatory response. Omega-3 and Omega-6 both utilize the same enzymes to produce SPMs; therefore, the presence of omega-3 fatty acids increases competition for the enzymes, ultimately reducing the synthesis of omega-6 derived metabolites. This competition for enzymes can help immune regulation, but their influence doesn’t stop there.

Does the Evidence Translate?

While there is evidence that supports omega-3s role in immune function, there are some things to consider when noting this information. First, most studies referenced were conducted in vivo or animal models. While these findings are valuable, they may not directly translate to humans since there are differences in the immunological and metabolic levels.

Another important consideration is the difference between a mouse diet that can be controlled entirely in a study setting and a human diet that is much more varied. The researchers can completely control what the animal consumes, how much and when in an animal test setting. It is challenging to conduct human research in such a manner.

Therefore, making direct comparisons between animal and human studies may be imperfect. However, one primary biomarker has been used to quantify the enrichment of omega-3 fatty acids in the human diet and may be important when detecting omega-3s influence on human immunity: the Omega-3 Index.

In brief, the Omega-3 Index (O3I) is the EPA + DHA content of erythrocytes (red blood cells) expressed as a percent of total identified fatty acids. The O3I is a biomarker of long-term EPA and DHA intake and is associated with inflammatory conditions such as cardiovascular disease and mortality.

The O3I has been viewed as a marker for increased risk of death from coronary heart disease and as a fundamental risk factor playing a pathophysiologic role in disease. Optimal levels have been identified in several studies to be greater than 8%. Therefore, even without an incredibly controlled diet in human research, one can at the very least identify and measure the long-term consumption of omega-3 PUFAs EPA + DHA in the blood.

Inflammation is part of the immune response. It is unavoidable and essential. Yet, chronic or unresolved inflammation caused by the immune system can lead to host tissue damage and increase the risk of adverse health effects such as cardiovascular disease, cancers, autoimmune diseases, and more. The neutrophil-lymphocyte ratio (NLR), calculated as a ratio between the neutrophil and lymphocyte counts in blood, is an emerging biomarker that reflects the balance between inflammation (neutrophil count) and adaptive immunity (lymphocyte count).

This biomarker has been found to be elevated in several conditions, some of which include cardiovascular disease, mood disorders, cognitive impairment, cancer, rheumatoid arthritis, and total mortality. Hypothesizing that low blood EPA + DHA levels may contribute to systemic chronic inflammation, a recent study set out to determine if there was a relationship between the O3I and the NLR. The findings were noteworthy.

The study found a significant inverse relationship between O3I and NLR. As noted earlier, SPMs derived from EPA and DHA protect the host by limiting acute inflammatory responses and helping achieve homeostasis without suppressing the immune system. In this cross-sectional study of healthy individuals, 81% of participants had an O3I <6.6%, which was associated with an increase in NLR and reflective of an increasingly imbalanced innate-adaptive immune system. NLR continued to decrease with increasing O3I until it reached 8.5%.