People with More of These Nutrients in Their Blood Tend to Live Longer, Healthier Lives 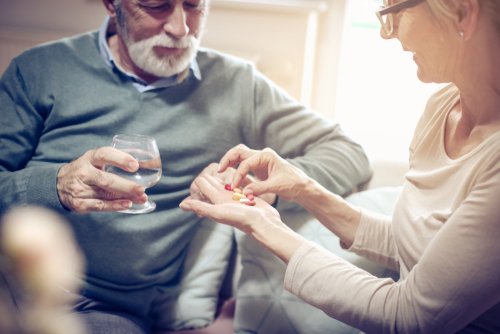 Pursuing the fountain of youth becomes all the more relevant as you age. But the key to aging these days is not just extending life, but continuing to remain healthy and active as you glide into your golden years. In this vein, new research is showing that some nutrients might be more important than others in staying healthier longer.

A recent article on Healthline identified 17 health benefits of the long-chain omega-3 fatty acids EPA and DHA. These fatty acids were singled out for improving bone and joint health, as well as mental disorders and cognitive function, fighting inflammation, preventing cancer and reducing the symptoms of heart disease, all of which are major issues affecting aging individuals. Most of these things start happening when you get older in part because of genetics and lifestyle, but also because our bodies start slowing down, which affects the uptake and metabolism of key nutrients.

WebMD lists fatty fish among its top anti-aging foods. Why? Because fatty fish like salmon and mackerel contain the omega-3s EPA and DHA. These special fatty acids are found in each cell of the human body, and they serve very important functions such as keeping cell membranes flexible and healthy. The consequence of these functions are healthier tissues and organs, which translates to benefits like a healthy heart and brain as well as healthy skin, to name a few.

A study published in the October edition of the British Medical Journal found an association between higher blood levels of the long-chain omega-3 fatty acids EPA, DPA and DHA and “healthy aging.”

Blood levels of the long chain omega-3s EPA, DPA and DHA, as well as the short-chain omega-3 ALA, were measured three times over the ensuing years and averaged to give a long-term estimate of omega-3 status.

The research team reported that higher overall levels of the long-chain omega-3 fatty acids EPA, DHA and DPA, but not of the short-chain ALA, were found in those individuals who exhibited the healthy aging pattern, and specifically an 18% lower chance of unhealthy aging

What Previous Studies Have Shown

To add to these findings, a study published in March showed a significantly reduced risk of death for people with a high Omega-3 Index.

The study, published in the Journal of Clinical Lipidology, measured blood levels of the omega-3s EPA and DHA to assess an individual’s risk for developing certain diseases. The Omega-3 Index was measured in 2500 participants (age 66-73) in the offspring cohort of the Framingham Heart Study. (This group is largely made up of the children of the original Framingham study, which began in 1948.)

The results showed that the risk for death from any cause was reduced by about 33% when comparing those with the highest Omega-3 Index to those with the lowest.

Everyone in this study was free of known cardiovascular disease (CVD) at baseline. The researchers primarily focused on total mortality (death from any cause) as an endpoint, but also tracked death from CVD, cancer and other causes. In addition, they reported the associations between Omega-3 Index levels and a risk for any CVD event — fatal or not, heart attack or stroke.

READ THE ENTIRE BLOG ABOUT THE FRAMINGHAM HEART STUDY HERE

A study published last year also confirmed that people with higher Omega-3 Index levels have a longer lifespan. In this case, researches looked at the Omega-3 Index levels of more than 6500 postmenopausal women (age 65-80) who participated in the Women’s Health Initiative Memory Study, a large, prospective cohort study that has been following the health outcomes of a group of US women for more than 20 years.

Compared to those with low Omega-3 Index (<4%), women with optimal Omega-3 Index levels (>8%) had a 31% reduced risk for death from any cause (heart attack, stroke, cancer, etc.), leading to the conclusion that having an Omega-3 Index in the protective range (8-12%) is related to a longer and healthier life.

The Omega-3 Index is actually two things. Most important, it is a risk factor for heart disease, just like cholesterol. But it is also an actual test you can take to assess your omega-3 status.

Unlike a cholesterol test, you don’t need a doctor obtain an Omega-3 Index test. In fact, most doctors won’t automatically test your omega-3 level during annual well visits, even though most people don’t get enough of these nutrients from their diets. And given omega-3s’ importance in preventing so many of the diseases we face as we age, there is no time like the present to make sure you are getting enough of the right omega-3s and tracking your Omega-3 Index along the way.

OMEGA-3S PLAY SO MANY ROLES AS YOU AGE. TAKE A LOOK AT THIS INFOGRAPHIC, WHICH SHOWS YOU HOW EPA AND DHA CAN HELP YOU AGE GRACEFULLY. 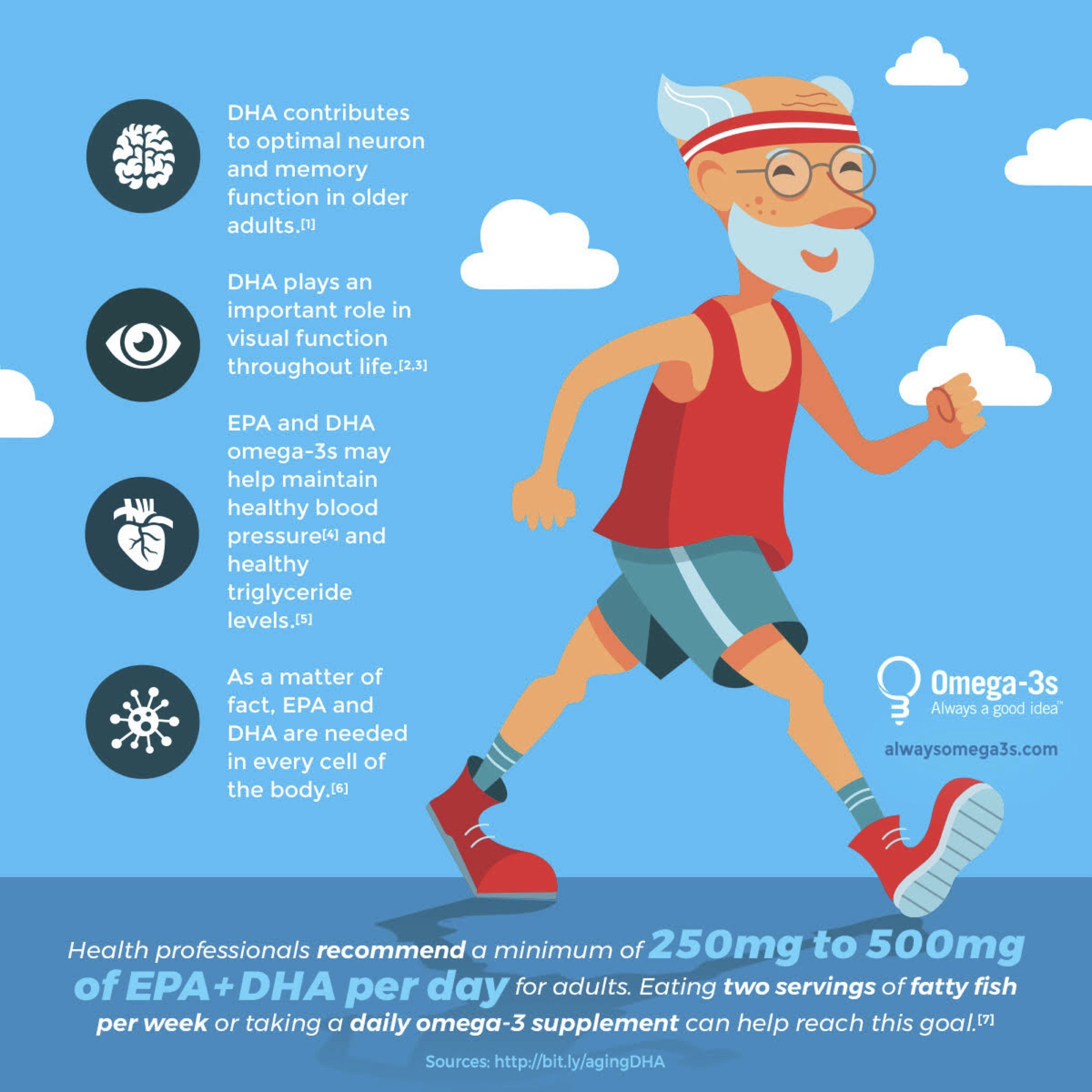