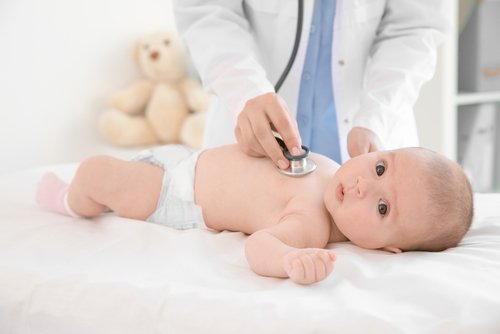 Omega-3 intake is generally low among people in most developed countries, and pregnant women are no exception. For this group, taking the omega-3 DHA during pregnancy is particularly important. And now, there is new research that adds to the growing list of DHA’s benefits during pregnancy.

Research published in JAMA Network Open in February showed that DHA supplementation could help your baby’s heart, especially if your child is overweight or obese.

Study co-author Dr. Susan Carlson, AJ Rice Professor of Nutrition in the KU Department of Dietetics and Nutrition at the KU Medical Center, has been involved in several investigations into the benefits of prenatal DHA supplementation and says this latest research adds yet another reason expecting moms need to remember to take this important nutrient during pregnancy.

BLOG: 5 Ways Pregnant Women Can Get More DHA in Their Diets

The Kansas University DHA Outcome Study (KUDOS) is a phase 3, double-blind, randomized, placebo-controlled clinical trial that was conducted at several local hospitals in the Kansas City area from January 2006 through November 2009. While the primary objective of the study was to measure cognitive development, blood pressure was established as a secondary focus for analysis.

Consumption of omega-3s EPA (eicosapentaenoic acid) and DHA from fish oil is well known to reduce blood pressure in both adults and children. However, KUDOS researchers say there has been recent interest in the potential programming association of DHA in utero and in early infancy with long-term physiological functions, including blood pressure.

Three hundred and fifty women participated in this study and then were followed until their babies reached 18 months of age. Each day during their pregnancy these women either took a placebo (a pill containing half soy oil and half corn oil) or 600 mg DHA daily.

As the children reached 18 months of age, the parents of 190 children gave permission for continued follow-up, which included longitudinal assessments of diet, cognitive development, blood pressure, and growth to 6 years of age.

In 171 children (about half female), systolic blood pressure (SBP) and diastolic blood pressure (DBP) were measured every 6 months between ages 4 and 6. As reported online February 22 in JAMA Network Open, a statistically significant interaction was found between treatment (placebo or DHA) and child weight status (5-year body mass index less or greater than the 85th percentile) for both SBP and DBP.

“This research is aimed at expectant mothers and pediatricians who wonder what you can do prior to the birth of your child to optimize health and behavior outcomes,” said co-author Dr. John Colombo, KU professor of psychology, director of KU’s Life Span Institute and currently KU’s interim vice chancellor for research. “There’s a phenomenon called ‘developmental programming,’ and researchers have studied effects of the prenatal environment on long-term outcomes since World War II.”

“The prenatal environment programs a fetus’ metabolism for what to expect in the postnatal environment,” Dr. Colombo continued. “Part of DHA’s known effects may be in programming cardiac function that preserves normal blood pressure in the case of high postnatal weight gain.”

Echoing these thoughts, Dr. Carlson commented, “Prenatal DHA exposure appears to program the developing fetus to be protected against the blood pressure-elevating effects of obesity in childhood.”

The investigators believe lower blood pressure at age 6 might extend beyond childhood.

It has been previously reported by this research group and others that DHA plays a pivotal role in the reduction of preterm and early preterm (before 34 weeks) birth risk, especially for women at 34 weeks’ gestation or earlier.

Research published last year from the Harvard School of Public Health in collaboration with Statens Serum Institut in Copenhagen, Denmark, showed that women with low omega-3 levels in their first and second trimesters were at significantly higher risk of early preterm birth (<34 weeks) compared to women with higher levels.

For this study, researchers evaluated plasma EPA and DHA samples from a cohort of Danish moms who gave blood at 9 and 25 weeks (the first and second trimesters). Then they looked 376 early preterm births (<34 weeks) and compared them to 348 normal-term deliveries.

One of the most important conclusions from this study was that assessing a mother’s omega-3 status could be instrumental in preventing preterm birth. In other words, if a woman knows her omega-3 levels are low, then she can make the necessary dietary modifications to bring those levels into an optimal range.

LEARN: Are you getting enough Prenatal DHA?

Also last year, a meta-analysis of 70 clinical trials on omega-3s and pregnancy was published, with many experts considering it to be the final word on DHA’s importance in reducing preterm birth.

The 70 randomized controlled trials (RCTs) analyzed in the updated Cochrane Review involved nearly 20,000 women and asked the same question as the original review, which was published in 2006: Does taking long-chain omega-3s during pregnancy from supplements or food improve pregnancy outcomes and other health outcomes of the babies and their mothers?

“Supplementation during pregnancy is a simple and effective way to reduce preterm, early preterm birth and low birthweight, with low cost and little indication of harm,” the researchers said, adding that, “More studies comparing omega-3 and placebo are not needed at this stage.”

For this and many other reasons, there has been a strong push to educate pregnant women and their doctors about the essential benefits of DHA during pregnancy. During the Nutraingredients Omega-3 Summit last month in Singapore, Dr. Femke Hannes of DSM Nutritional Products referenced the Cochrane Review published last November and said studies like this should open new doors for education to happen.

She said the compelling evidence on prenatal DHA should justify undertaking public health campaigns. Dr. Femke believes incorporating DHA as a means of primary prevention could have a staggering impact on cost-savings, as shown in previous studies. She further encouraged policymakers to create new guidelines and recommendations in light of recent research.

It is important to raise this awareness among pregnant women and their doctors, as it would likely lead to increased compliance with current DHA recommendations.

Unpublished data from OmegaQuant found that in a study of 26 pregnant women in their third trimester (when the baby needs most of this nutrient) close to 50% had prenatal DHA blood levels less than 5%. In this particular population, taking 200 mg of DHA per day for 10 weeks within a highly controlled diet was enough to increase DHA levels in all of the women to at least 5%.

Introduced in February, the Prenatal DHA Test measures the amount of DHA in the blood. A level of greater than 5% translates to a significantly reduced risk of premature birth.