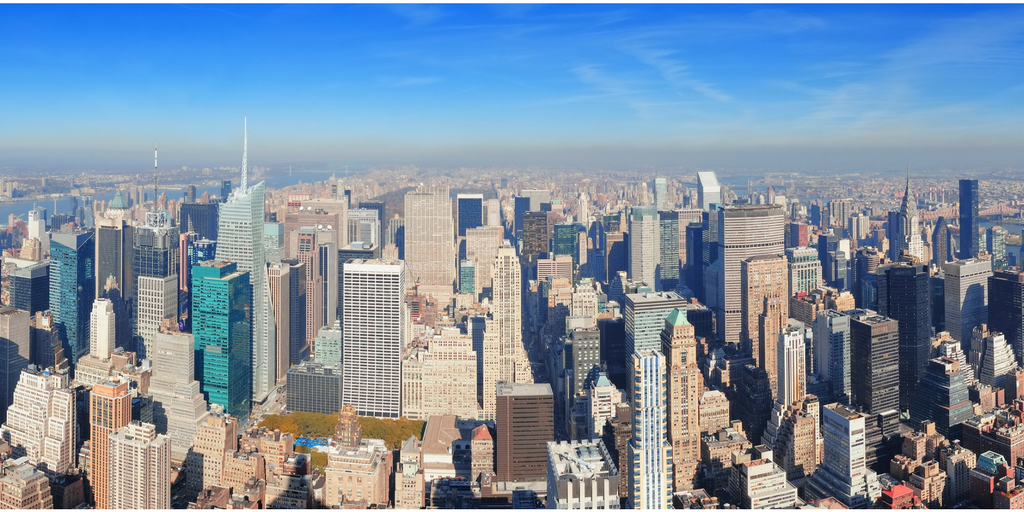 Today, we are updating a blog we wrote about the decline of trans fats in our food supply and the subsequent drop in blood levels of trans fats [see original blog post below]. What should follow this change in the food supply is a drop in cardiovascular disease… which is exactly what researchers have published in JAMA this month. Eleven counties in New York restricted the use of trans fats between 2007-2011 and 25 similar New York counties did not, which created a perfect natural experiment. Hospitalization data from these counties between 2002-2013 were analyzed and a significant reduction (-6.2%) in heart attack and stroke admissions combined was found in the trans fat-restricted counties as compared to the non-restricted counties after 3 years of restrictions. This bodes well for the planned restriction of trans fats nationwide starting in 2018.

Trans fats have been all over the news recently with the FDA’s decision to remove artificial (or industrial) trans fats from the food supply by 2018. To clarify, some trans fats occur naturally in meat and dairy and some are created through hydrogenation of unsaturated oils, which we call “industrially-produced” (for more information, click here). This decision comes after the 2013 FDA decision to remove trans fats from the GRAS (Generally Recognized As Safe) list of food ingredients.

The FDA has been working to educate and reduce trans fat in the food supply since late 1990s. The FDA estimates that from 2003 to 2012 that consumer trans fat consumption decreased by 78%! Harris and colleagues corroborated this by analyzing the Trans Fat Index (TFI; sum of two of the most common industrially-produced trans fats, C18:1t and C18:2n6t, in red blood cells) in a subset of the Framingham Offspring Study. TFI in 291 Framingham participants decreased from 2.5% (of total fatty acids) in 1999 to 1.9% in 2006 – a 24% reduction! While we cannot say what caused this decrease, it seems more likely that it is related to the overall reductions in trans fats in the US food supply rather than dietary changes in individual subjects. 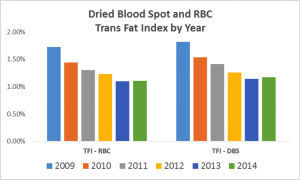 A new publication reported trans fat levels in red blood cells (essentially TFI) in 3,259 German patients from the Ludwigshafen Risk and Cardiovascular Health (LURIC) study who were being evaluated for suspected coronary artery disease. After 10 years of following these participants, ~30% of the patients had died with most deaths due to cardiovascular disease. The authors found that there was no increased risk for heart disease if the TFI was <1%. They also found that higher blood levels of a naturally-occurring trans fatty acid (trans-palmitoleic acid, C16:1 n7t) was associated with better cardiac outcomes. Trans fat intakes in Europe have been lower than those in the US for many years, and this new study shows that a desirable TFI is indeed <1% (the value we have used at OmegaQuant for years). Even though it appears that in the US the average TFI is approaching 1%, about half of the population is still above the target level.

Trans fats aren’t out of the food supply yet…

You may want to take a closer look at the labels on your food to see if you are actually consuming trans fats. Since 2006 food manufactures have been required to list the trans fat content per serving on the Nutrition Facts Panel, however this a bit misleading. If a serving size has less than 0.5 g of trans fat, food manufactures are able to claim 0 g of trans fat per serving. So, food manufactures can make sure their servings are small enough so that they don’t need to list any trans fat on the nutrition label, and they might even advertise as 0 g trans fat on the front of the product! Since the Nutrition Facts Panel may not tell you the trans fat whole story, you can look for the term “partially hydrogenated oils” in the ingredients list. If this is listed, you can bet that the food contains some amount of trans fat. Foods that likely contain trans fats are cookies, cakes, pies, microwave popcorn, margarines, coffee creamers, and biscuits. This issue should be resolved with the complete removal of trans fats from the US food supply but that process won’t be complete for (at least) 3 years; until then, you can follow these tips to avoid trans fats.