Staring at a screen all day? Omega-3s may be able to help those dry eyes 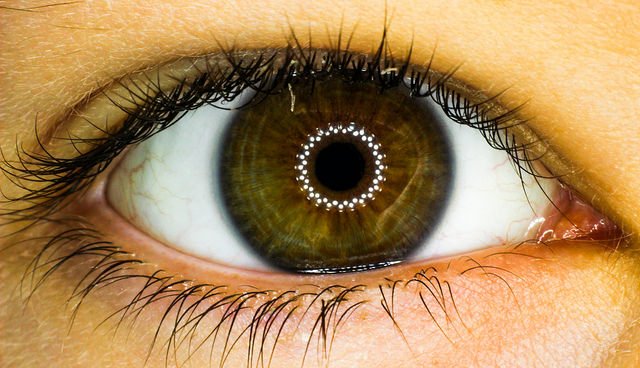 Between mobile phones, tablets, and the increasing number of jobs that require people to sit at a computer all day long, research is showing that “screen-related” eye problems are becoming more common.  These include dry eye, eye strain, tired eyes, headache, vertigo/dizziness, difficulty refocusing, burning, redness, blurred or double vision, backache and neck pain.  Evidence has been mounting that omega-3 fatty acids help ease dry eye symptoms, particularly when taken in doses of more than 1 gram EPA+DHA per day.  In a study published in Contact Lens and Anterior Eye, Dr. Bhargava and colleagues tested the effects of omega-3 fatty acids on both self-reported and objectively measured dry eye symptoms in 478 people with computer vision syndrome.  Participants were randomized to take either the omega-3 supplements (1200 mg EPA+DHA per day) or olive oil supplements (no EPA+DHA, placebo) for 3 months.

It only takes 3 hours per day of screen time to develop computer vision syndrome!  According to the National Institute of Occupational Safety and Health, 90% of people who spend three hours or more a day at a computer have symptoms of “computer vision syndrome.”  The condition most commonly in need of treatment is dry eye syndrome.  Participants in this study had complained of dry eye symptoms and used computers for more than 3 hours per day for a minimum of 1 year.

Both self-reported symptoms and objective diagnostic testing of dry eye/computer vision syndrome were used to ascertain whether the omega-3 supplements worked. The primary outcome in this study was the improvement in dry eye symptoms using a survey where the patient rated their symptoms as mild, moderate, or severe.  In addition, the researchers used a number of common tests to more objectively diagnose dry eye.  The Schirmer test was used to determine whether the eye produces enough tears to keep it moist.  Tear film break up time (TFBUT) measured the amount of time from the last blink to a formation of a dry area on the cornea.  It is shorter in patients with dry eyes since their tear film is unstable and breaks up faster; a time less than 10 seconds suggests dry eye.  Conjunctival impression cytology was used as a direct indicator of ocular epithelial damage.

The Omega-3 Index was not measured in this study as a measure of compliance or absorption.  The Omega-3 Index is a simple blood test that will tell you how much EPA+DHA you have in your blood cells and is used in many (but not enough) studies to track whether participants took their omega-3 supplements.  Although Bhargava et al. did not measure the effects of their omega-3 treatment on the Omega-3 Index, 1200 mg of EPA+DHA per day would likely move a typical American Omega-3 Index of 4% to about 6%. At OmegaQuant we recommend that people strive to achieve a cardioprotective level of 8%, which is also likely to be an ideal target for people with dry eye. If you find that your supplement is not helping with your dry eye symptoms, you might want to check your Omega-3 Index since some people don’t absorb fish oils well and don’t achieve the expected Omega-3 Index with a standard dose of fish oil. You may need a higher dose, and the Omega-3 Index will tell you that.

Happily, there is relatively good agreement in the literature on this topic (a rare occurrence!).  In fact, Dr. Bhargava and colleagues published a very similar study in the last few days with a higher omega-3 dose (2400 mg/day EPA+DHA) for a shorter amount of time (45 days).  Again, the omega-3 supplementation group had significant improvements in dry eye symptoms compared to the placebo group.  Kangari et al. also showed a significant 26% reduction in dry eye symptoms (compared to a 4% reduction to placebo) after only 30 days of supplementation with 600mg EPA + DHA per day.   They also found significant improvements in the TFBUT and the Schrimer score in the omega-3 group.

So, if you have eye issues when working at your computer or while driving at night, you may want to consider increasing your omega-3 intake from fatty fish (e.g. salmon, black cod, tuna) or from an omega-3 supplement (be sure to get at least 1 gram/day of EPA+DHA).  Other tips (from WebMD) to help with dry eye are: use a humidifier, decrease excessive air movement (fans), warm compresses on eyes, artificial tears/eye drops, and take breaks.  If you have had success with improving your eye condition with omega-3s, help someone else out by sharing this article and spreading the good word.