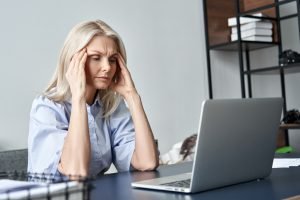 October, 6 2022, Sioux Falls, SD: New research published in Neurology shows that people with a low Omega-3 Index experience a higher rate of brain aging vs. those with higher levels of omega-3s EPA and DHA in their blood. This new study replicates earlier findings from a similar study conducted 10 years ago in the Framingham Offspring Study cohort, except this one was done in their offspring: Framingham Generation 3.

According to researchers, while dietary intake and circulating levels of docosahexaenoic acid (DHA) and eicosapentaenoic acid (EPA) have been related to a reduced risk for dementia, the pathways underlying this association remain unclear. Furthermore, there are no studies looking at omega-3s and brain health in middle-aged adults.

So, for this study, researchers looked at the relationship between red blood cell (RBC) fatty acid levels (i.e., the Omega-3 Index), alongside brain imaging data (i.e., MRI) and cognitive markers of dementia risk (i.e., APOE-e4 genotype) in 2,183 subjects with an average age of 46.

A higher Omega-3 index was associated with larger hippocampal volumes and better abstract reasoning. And similar results were obtained for DHA and EPA concentrations individually.

Despite the beneficial associations observed for brain outcomes in population-based and experimental studies, results from dietary intervention studies using omega-3 EPA and DHA supplementation have been inconsistent.

The researchers in this study believe one of the main challenges for some of these studies may be that dietary interventions are carried out perhaps too late for significant improvements in symptomatic participants, as cognitive changes may be well established over the previous 15 to 20 years. “Epidemiological and intervention studies suggest omega-3 may be most beneficial to preserve brain health from early midlife, as our study suggests, and just before the onset of moderate cognitive changes,” they said in their paper.

In addition, the quality and dosage of EPA and DHA, the duration of study, and taking into consideration the impact of the APOE-e4 genotype are also factors in prior studies showing inconsistent results.

“What’s important about this study is that it replicates what we saw in the Framingham Offspring 10 years ago, in subjects who had an average age of 66. However, this study represents Generation 3, their kids essentially, who had an average of 46,” explained William S. Harris, PhD, FACN, President of the Fatty Acid Research Institute (FARI), and one of the study authors.

“The results of this study show that low red blood cell DHA levels are associated with smaller brain volumes and a ‘vascular’ pattern of cognitive impairment, even in persons free of clinical dementia. This suggests that intervening early and maintaining an optimal Omega-3 Index (8% or higher) could play an important role in staving off cognitive decline, as well as dementia and Alzheimer’s in the long-term,” Dr. Harris said.

The Fatty Acid Research Institute (FARI) is a non-profit research and education foundation created by William S. Harris, PhD, FACN. Dr. Harris is also the founder of OmegaQuant Analytics. FARI was founded in order to accelerate discovery of the health effects of fatty acids, most notably, the long chain omega-3 fatty acids EPA and DHA. FARI researchers and scientists will focus single-mindedly on publishing high-quality research studies on the multiple relationships between fatty acid levels and human (and animal) health outcomes. These studies will improve the ability to predict risk for disease, and more importantly, suggest ways to reduce risk by changing our diets and/or supplementation regimens. www.faresinst.org