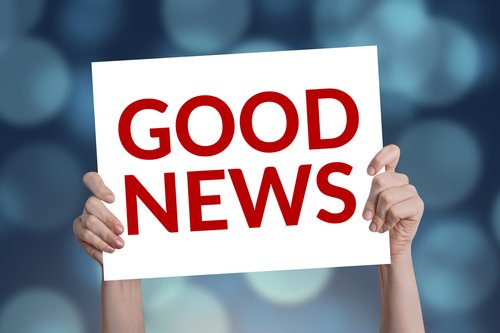 While there have been some ups and downs for omega-3s recently, initial results from a major clinical study that were widely publicized in September could chart a new course for these special nutrients. But first, let’s take a quick look at how we got here during the last few months.

In late August, a study (referred to as ASCEND) published in the New England Journal of Medicine looked at the cardiovascular effects of taking aspirin and the omega-3s EPA and DHA in patients with diabetes. The results showed little benefit for omega-3s, leading researchers to conclude that “There is no justification for recommending fish oil supplements to protect against cardiovascular events.”

Furthermore, in a letter to the New England Journal of Medicine, an omega-3 trade group said that this study’s authors somehow downplayed the finding that there was an 18% reduced risk of vascular death in the omega-3 group.

READ MORE ABOUT THE ASCEND STUDY

This meta-analysis — which itself is a compilation of statistically similar studies — received a lot of media attention, quite a bit more than the New England Journal of Medicine ASCEND study.

In a strange turn, the authors’ interpretations and conclusions didn’t seem to match their actual findings. For example, according to their data, there was NO statistically significant effect for ALA and coronary heart disease (CHD) events or chest pain, and yet the authors said there was a “probable benefit.” On the other hand, there was strong statistical significance for EPA and DHA reducing risk for CHD events and they said there was “probably no benefit.” Why?

READ MORE ABOUT THE DIFFERENCES BETWEEN ALA AND EPA/DHA

This disconnect between the data and conclusions is troubling, and it clearly reveals a strong bias in favor of ALA (a plant source omega-3) and against EPA and DHA (the marine source omega-3s).

But the most common criticism in both studies was that neither administered a high enough dose where you would expect to see any beneficial effects.

READ MORE ABOUT THE COCHRANE REVIEW ON OMEGA-3S

The researchers in this study said diets rich in the omega-3s EPA and DHA could be could an effective strategy for preventing high blood pressure in healthy adults.

Let’s fast forward to late September and the media pick-up of the topline results of the REDUCE-IT study, which prompted the headline in Forbes: “In Blowout, Amarin’s Fish-Oil-Derived Drug Dramatically Cuts Heart Risk In Study.” Why this crazy headline? The study showed that Vascepa, Amarin’s fish-oil-derived cardiovascular drug, could reduce the risk of heart attacks and strokes by 25%.

So who is Amarin and what is Vascepa? And how can the REDUCE-IT study change the narrative on omega-3s?

Amarin is a biopharmaceutical company that develops and markets drugs for the treatment of cardiovascular disease. According to the company, its product development program leverages an extensive track record in lipid science and the potential therapeutic benefits of polyunsaturated fatty acids (i.e., omega-3s).

So how is Vascepa different from your typical fish oil product? Vascepa is a highly concentrated, FDA-approved pharmaceutical that contains only the omega-3 EPA in a 4-gram dose. For comparison, fish oil products usually contain both of the omega-3s EPA and DHA, and the typical dose ranges from 500-1000 mg.

Based on REDUCE-IT’s preliminary results, Amarin has expanded its sales team to more than 400 people. Not to mention, its stock price soared after all of the publicity. Before the topline results came out, Amarin’s stock price was consistently between $2-3 per share during the previous six months. During the last week, it has gone up to ~$17 per share.

So what could change in how the world views omega-3s? First, the REDUCE-IT study lends a level of credibility to omega-3s where other recent trials have failed. Second, this might finally gain these important nutrients a well-deserved seat at the table when discussing preventative therapies for heart disease, especially among the medical community. Third, this study underlines the importance of dose – that omega-3s must be given in doses high enough to see a beneficial effect. And last but not least, regardless of the fact that Vascepa is a pharmaceutical, a rising tide lifts all boats, including those carrying omega-3 supplements.

The full REDUCE-IT results will be presented at the American Heart Association (AHA) meeting in early November. This particular presentation is classified as “late breaking clinical trial results,” which was granted based on the ability of REDUCE-IT to address a critical question in cardiovascular prevention.

The REDUCE-IT study started in 2011, enrolled and followed more than 8000 patients, and was conducted based on a special protocol assessment (SPA) agreement with FDA. What is an SPA agreement? SPA is a process in which a study sponsor — in this case Amarin — might ask to meet with FDA to reach agreement on the design and size of a clinical trial to determine if it adequately addresses scientific and regulatory requirements that could support marketing approval.

The full results are highly anticipated, not only by Amarin, but also the omega-3 community at large. Amarin’s president and CEO believes the REDUCE-IT results could lead to a new paradigm in treatment to further reduce the significant cardiovascular risk that remains in millions of patients controlling their bad cholesterol levels via statin therapy.

We will be sure to provide more details when the full results are finally presented and published in November. In the meantime, make sure you are getting enough of the right omega-3s, specifically EPA and DHA. And always make sure the omega-3s you are taking are working for you by taking an Omega-3 Index blood test.