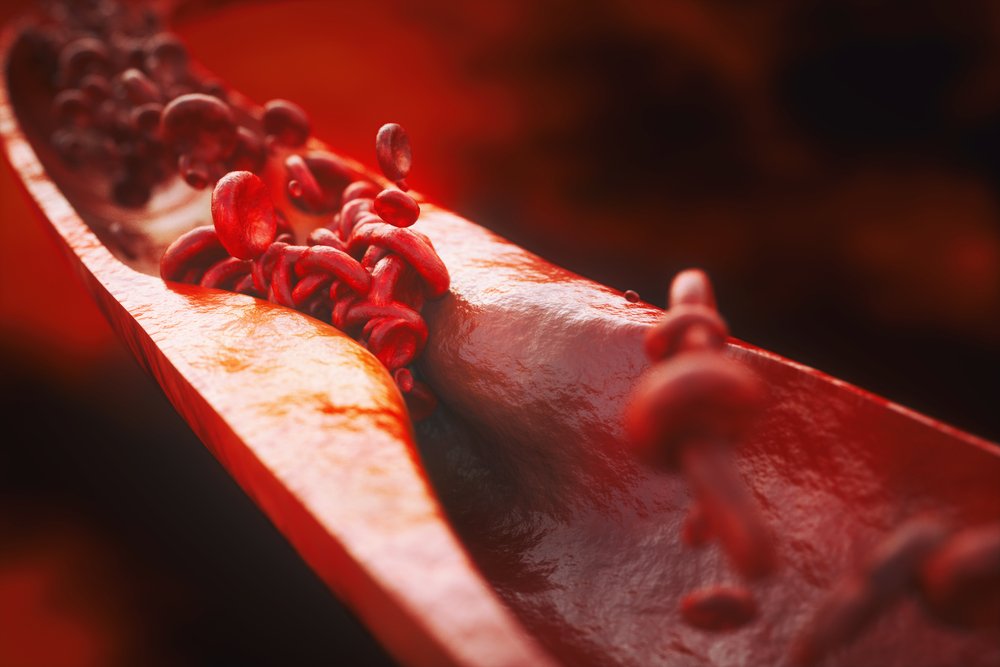 A recent study published in the European Journal of Clinical Nutrition shows that patients in the early stages of atherosclerosis have low Omega-3 Index levels.

Coronary artery calcification (CAC) is the calcium that builds up on arterial walls, which leads to narrowing of blood vessels and full blown heart disease. It is also regarded as one of the best markers of heart health.

In previous research omega-3s EPA and DHA have been shown to prevent vascular calcification on a cellular level in animals. Researchers in this study were interested in uncovering the pathophysiological mechanisms of omega-3s with regard to heart health, and whether or not they have a specific role to play in vascular calcification.

Measuring CAC is typically done through non-invasive means such as computed tomography (CT) and is reliably predictive of one’s risk for major adverse events. CAC is further quantified through the Agatston’s (AS) method, which is the most reliable measure of CAC progression. Alongside these measurements, researchers in this study also evaluated each subject’s Omega-3 Index.

Among 71 patients, 51 were below and 20 were above the 75th AS-percentile. No differences were seen in age, gender, cardiovascular risk factors, and relevant medication. The Omega-3 Index showed a significant inverse association with early onset of CAC, independent of age, gender, statin use, and creatinine level.

Researchers said low levels of EPA and DHA (Omega-3 Index) were associated with early-onset coronary atherosclerosis. However, they said these findings need to be validated in larger cohorts to help further elucidate the beneficial cardiovascular effects of omega-3 fatty acids.

“Our findings shed some light on the pathophysiology, potentially explaining the beneficial effects of omega-3 fatty acids,” they said.

Last may we wrote a blog on a study published in Nutrition, Metabolism & Cardiovascular Diseases, which examined the relationship of omega-3s with aortic calcification.

BLOG: Do Omega-3s Thin the Blood?

In this multiethnic population-based study of more than 1000 men aged 40-49 years (300 US-White, 101 US-Black, 287 Japanese American, and 310 Japanese in Japan), researchers investigated the relationship of omega-3s and aortic calcification measured by electron-beam computed tomography (EBCT) and quantified using the Agatston method.

This study showed that there is a significant inverse association of omega-3s EPA and DHA with aortic calcification independent of conventional cardiovascular risk factors among men in the general population, an association that appeared to be driven by DHA but not EPA.

VIDEO: Everyone, Young & Old, Benefits from Knowing Their Omega-3 Index

Earlier research has also shown that people who consume large amounts of omega-3s have lower odds of developing PAD. However, actual clinical studies assessing the omega-3 blood levels (i.e. Omega-3 Index) of people who have PAD are sparse, which is what motivated researchers in a study published in March last year.

Published in the March 18th issue of Lipids, this study showed that people who have PAD have a lower Omega-3 Index compared to those who don’t have the disease.

Because PAD is essentially atherosclerosis of the leg arteries, researchers in this study believe that patients with PAD may have an omega-3 fatty acid deficiency.

“It is likely that the lower inflammatory burden associated with a higher Omega-3 Index may be part of the explanation for these results,” said Bill Harris, Ph.D., one of the study’s authors. “Whether long-term use of omega-3 supplements and/or increased consumption of oily fish could prevent the development of PAD should be examined in future studies.”

According to the Global Organization for EPA and DHA Omega-3s, Lee Hooper, lead author of a neutral July 2018 Cochrane Review on omega-3s and cardiovascular (CV) outcomes, has coauthored an update with positive findings, including statistically significant risk reductions for cardiovascular mortality and coronary heart disease events of 8% and 9%, respectively.

On the same day, Dr. Hooper’s group published results from a meta-analysis of randomized clinical trials looking at omega-3 fatty acids on cancer incidence, which found little or no effect.

Despite the fact that the conclusion of this CV paper is positive, Dr. Hooper is still quoted as saying, “…Our previous research has shown that long-chain omega 3 supplements, including fish oils, do not protect against conditions such as anxiety, depression, stroke, diabetes or death.”

The two systematic reviews published last Friday found that omega 3 supplements may slightly reduce coronary heart disease mortality and events, but slightly increase the risk of prostate cancer. However, both beneficial and harmful effects are small.

The sister systematic reviews were published in the British Journal of Cancer and the Cochrane Database of Systematic Reviews.

For the cancer study, the University of East Anglia team looked at 47 trials involving adults who didn’t have cancer, who were at increased risk of cancer, or had a previous cancer diagnosis. The cardiovascular disease study, they evaluated 86 trials with evidence on cardiovascular events or deaths.

VIDEO: It’s All About Getting to Healthy Omega-3 Level

More than 100,000 participants were randomized to consume more long-chain omega-3 fats (fish oils), or maintain their usual intake, for at least a year for each of the reviews.

“These large systematic reviews included information from many thousands of people over long periods,” Dr. Hopper explained. “This large amount of information has clarified that if we take omega 3 supplements for several years we may very slightly reduce our risk of heart disease, but balance this with very slightly increasing our risk of some cancers. The overall effects on our health are minimal.”

Dr. Hopper also said that the evidence on omega-3s mostly comes from trials of fish oil supplements, so health effects of oily fish, a rich source of long-chain omega 3s, are unclear. “Oily fish is a very nutritious food as part of a balanced diet, rich in protein and energy as well as important micronutrients such as selenium, iodine, vitamin D and calcium – it is much more than an omega 3 source,” she said.