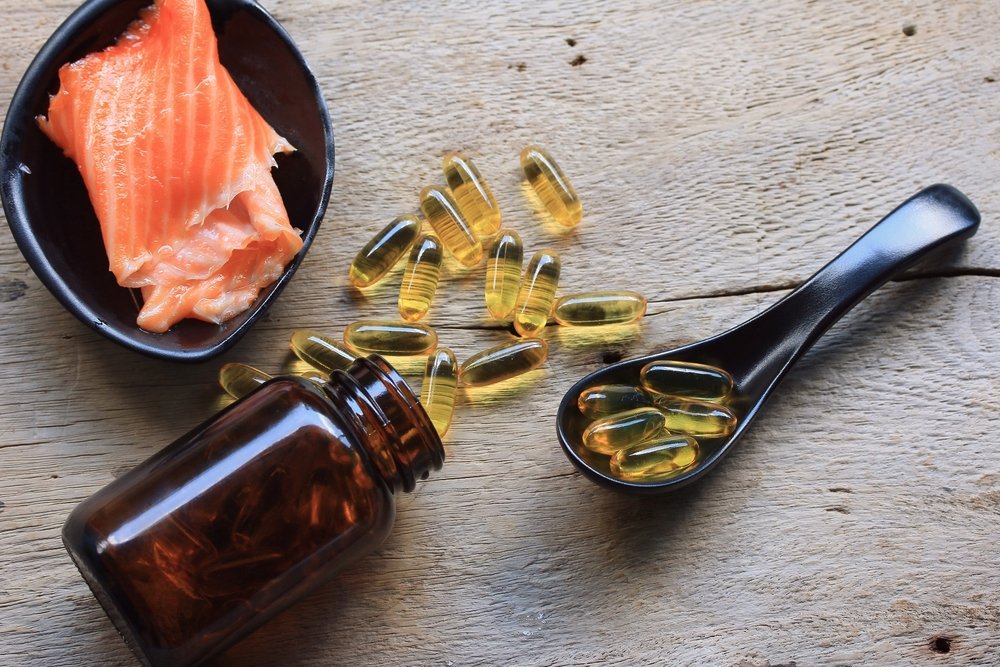 What’s the skinny on fish oil benefits, you ask? Because omega-3 EPA and DHA are among the world’s most researched nutrients, with over 40,000 published studies, the hypotheses for fish oil benefits are almost as plentiful as there are fish in the sea. (The latter statement is a bit of hyperbole from us, but you get the picture.)

Don’t be reeled in, though, hook, line and sinker. At OmegaQuant, we’re among the biggest supporters of fish oil benefits, but we also want you to know that: 1) not all of the research is conclusive; 2) some research may demonstrate positive results, while other research may contradict those results and vice versa; 3) some of the research is emerging, requiring more research; and 4) despite the positive effects, fish oil is just one component of living a healthy life, promoting good health, and helping to prevent disease.

And now on to the some of the benefits.

This is the benefit that put fish oil on the scientific map. Two Danish scientists are credited with laying the scientific foundation for the heart benefits of omega-3 EPA with their groundbreaking research in a Greenland Eskimo population.

BLOG: Can a High Omega-3 Level Add Years to Your Life?

This post advises some studies suggest fish oil may actually lower triglycerides. It also points to other heart healthy benefits like reducing blood pressure in people with elevated levels, raising levels of HDL (that’s the “good” cholesterol); and helping prevent the plaque in your arteries from hardening, an issue that restricts blood flow and may result in strokes, heart attacks and blood clots.

On the other hand, there has been research that shows that fish oil may also increase total LDL cholesterol, which may raise your risk of cardiovascular disease.

Your mom wasn’t the only one who said that fish was brain food. It turns out she had science backing her up. While the brain doesn’t produce DHA, nearly 60 percent of the organ is made up of fat, including DHA, which is vital to a healthy, functioning brain.

When we talk about brain health, this broad category covers cognitive performance, memory, dementia, depression, anxiety, mood shifts and mental disorders. There is some science that suggests fish oil may help with all of it.

For example, this doctor blogged about mood disorders. He noted that in countries where people eat a lot of fish, there appears to be a lot less depression. That in itself is simply an observation, but it’s an observation that led to studies on fish oil and depression and other mood disorders. He advised that meta-analyses were generally favorable for fish oil helping with depression, noting some limitations in study design.

Another example is this post from a registered dietitian who referred to a study that demonstrated cognitive performance improvements from fish oil compared to placebo in healthy adults, aged 51-72. And, she pointed to other research that showed those with low EPA and DHA levels were associated with higher anxiety.

Other articles too talk about the correlations between fish oil and brain health, including this one which says, among other things, that science shows that people who eat more fish have slower age-related mental decline.

Oh, there are so many reasons why pregnant women need fish oil. Let’s start with this one from the American Pregnancy Association (APA): getting enough omega-3 EPA and DHA is vital to ensure balanced production of prostaglandins which are hormone-like substances. You need prostaglandins, says the APA, and you need the type produced to be balanced, to help regulate bodily functions including blood pressure, blood clotting, inflammatory and allergic responses, nerve transmission and more. Omega-3s play an important role in balancing production of prostaglandins.

Then there’s the impact on the actual pregnancy. This review and analysis of 70 randomized controlled trials noted the strong evidence suggesting the need for omega-3s for a healthy pregnancy. Specifically, this nutrient helped reduce the risk of preterm (before 37 weeks) and early preterm (before 34 weeks) births by 11% and 42% respectively. Further, it found that omega-3s reduced the risk of low birthweight by 10%, as well as perinatal death by 25%.

Other research has shown that omega-3 deficiency may increase the risk of depression, while adequate omega-3 intake may decrease postpartum mood disorders.

And here’s a bonus for women taking fish oil in utero and after birth (of course, why stop there?!)—your baby also reaps the rewards. Research shows that omega-3s EPA and DHA (some say especially the latter, but both are important) taken during pregnancy and beyond promote healthy brain, vision and nervous system development, support heart health and an improved metabolic profile, and may even help reduce the risk of allergies and have a positive impact on immune development, all long-term positive benefits for your baby.

If you’re getting your fish oil through fish, be sure to select those with lower mercury content, especially during your pregnancy.

Omega-3s EPA and DHA have been shown in some research to reduce the risk of certain eye diseases, such as dry eye and macular degeneration, although that research is inconsistent. In this blog, we detailed some of the research that strongly supports omega-3 as key for eye health.

When it comes to dry eye disease, this post explains that condition may result from an insufficient quantity or quality of the mixture of water and oils that create a layer of tears covering your eyes’ surface. It’s a chronic condition and treatments traditionally include artificial tear eye drops. Some research found that people who took fish oil supplements EPA and DHA experienced fewer dry eye symptoms, says the article. Apparently, the fish oil improved the eye’s oil film, thereby improving the symptoms.

However, not all the research supports the benefits. For example, a systematic review of 34 different studies concluded while supplementation may help to manage dry eye disease, the evidence was inconsistent. Specifically, the results showed that supplementing with omega-3 as a monotherapy did not find clear benefits on dry eye symptoms, compared to placebo; however, when used in combination with other treatments, (e.g., artificial tears, eyelid warm compresses, etc.), dry eye symptoms improved.

Researchers are still intrigued by the potential benefit, and further studies are expected.

There’s stronger consensus for the fatty acids EPA and DHA as being vital to eye development in to-be-born babies, thus the recommendation for pregnant moms to get enough fish oil during pregnancy and while breastfeeding. DHA is a main component of our eyes, with the highest concentration residing in the retina.

Acute inflammation occurs when your body senses sudden damage and sends out the troops—inflammatory cells that help heal the problem.

But it’s chronic inflammation—when the body continues to activate “the soldiers” even when there is no reason to do so—that can result in unhealthy conditions like heart disease, Alzheimer’s, type 2 diabetes, obesity, rheumatoid arthritis and asthma.

BLOG: What Are Omega-7 Fatty Acids?

Research shows a consistent connection between higher omega-3 intake and inflammation reduction, says this article. The reason? Omega-3 fatty acids are good at reducing our bodies’ production of materials associated with inflammatory effects. Here are a few relevant studies: here, here and here.

And this recent study from Tufts University found that both EPA and DHA work against chronic inflammation—but they do so differently.

So, How Much Fish Oil Do You Need to Get Optimal Benefits?

Well, it depends on how much omega-3 EPA and DHA you already have in your blood. And there’s one way to find that answer—through testing.

Here’s the bottom line: you need to know your numbers in order to get optimal benefits from fish oil. We offer three EPA/DHA at-home tests: 1) for all adults who want to test their omega-3 EPA and DHA levels; 2) a Prenatal DHA test for pregnant women that determines how much additional DHA, if any, you need to protect your own health and that of your baby-to-be; and 3) a Mother’s Milk DHA test for breastfeeding moms that measures the level of DHA in breast milk, so you know if it’s the right amount to help your growing baby.

VIDEO: A Full Review of the Omega-3 Index Complete Report