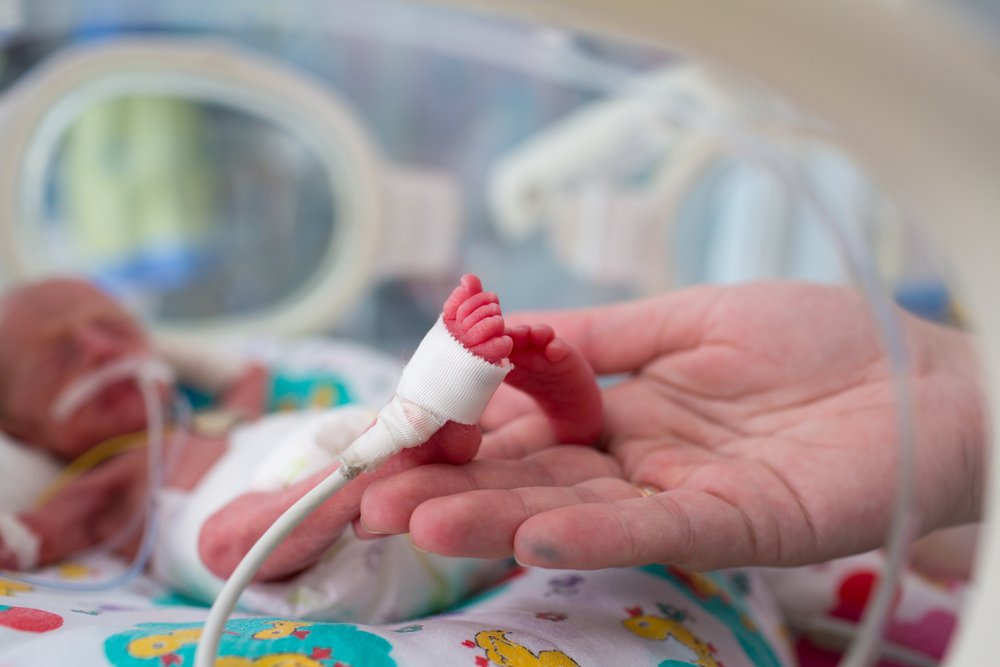 Preterm birth is a leading cause of death and disability in children under the age of five. According to the World Health Organization (WHO), an estimated 15 million babies are born preterm, and approximately 1 million children die due to preterm birth complications each year. Astonishingly, this number is rising in almost every country with reliable data. Even those who survive may face lifelong adverse health complications such as neurological impediments, breathing problems, and developmental delay. Due to the high burden of preterm births identifying prevention strategies has become a priority.

Who is at Risk for Preterm Birth?

Preterm birth occurs for various reasons. While experts are still trying to understand the causes fully, risk factors have been identified that increase the chances of preterm birth, some of which are modifiable.

According to the Centers for Disease Control and Prevention (CDC), risk factors include delivering a premature baby in the past, carrying multiple babies, tobacco use, substance use, and less than 18 months between pregnancies. Furthermore, maternal health complications during pregnancy can also result in preterm birth, such as being underweight or obese, having diabetes, hypertension, infection, or being younger or older (under 17 or over 40) during pregnancy.

There is an additional modifiable risk factor that has been studied for decades but is often neglected in prenatal testing and policy. A risk factor that is actionable and can be altered simply through dietary consumption. Maternal omega-3 status.

Adequate intake of omega-3 fatty acids early in pregnancy is associated with lower risk in preterm and early preterm births. The Academy of Nutrition and Dietetics recommends 500 mg/day of DHA in the prenatal diet; however, habitual intake in the pregnant population is estimated to be much lower at roughly 60 mg/day. Even though maternal omega-3 intake seems to be insufficient, evidence supporting DHA’s role in reducing preterm delivery continues to grow stronger.

A 2018 Cochrane review included 70 randomized controlled trials (RCTs) that assessed the effect omega-3 interventions (supplements and food) on maternal, perinatal, and neonatal outcomes. The authors found that preterm birth (<37 weeks) and early preterm birth (<34 weeks) were both lower in women who received omega-3 supplementation compared to those who did not.

BLOG: Answering 10 Questions Pregnant Women Might Have When It Comes to Nutrition

The same year the Cochrane Review was published, OmegaQuant’s Dr. Kristina Jackson and Dr. William Harris published a paper that used the evidence available to propose a red blood cell (RBC) DHA value that is associated with reduced risk of preterm delivery. The authors determined there is reasonable support to set a preliminary threshold for RBC DHA levels at 5% to reduce risk of preterm birth.

According to the authors, if a pregnant woman’s RBC DHA is <5%, she should be educated and encouraged to increase DHA intake through low-mercury fish consumption or DHA supplementation. If RBC DHA is >5%, then she should be encouraged to continue DHA intake habits. Although these publications have provided insight and value, more recent evidence has emerged, evaluating, consolidating, and clarifying evidence and best practices.

In September of 2022, the International Society for the Study of Fatty Acids and Lipids (ISSFAL) issued a statement summarizing the available evidence on the effects of dietary omega-3 intake during pregnancy and preterm birth outcomes. The authors provide insight into the nutritional needs during pregnancy and provide up-to-date information that medical providers and other healthcare workers can use to inform practice and policy guidelines. The evidence used to develop the statement included the 2018 Cochrane Review and other RCTs published up to August 2021.

According to their report, the most promising preventative intervention to emerge that safely reduces preterm (<37 weeks’ gestation) and early preterm (<34 weeks’ gestation) birth is maternal supplementation with omega-3 fatty acids. It was determined that women treated with omega-3 fatty acids had a 35% reduction in early preterm birth and a 12% reduction in preterm birth compared with no or minimal omega-3 supplementation.

BLOG: What Do Your Prenatal DHA Test Results Mean?

Additionally, the report suggested definitions for low, moderate, and replete omega-3 status and provided guidance for dosing recommendations. Similar to the evidence presented by Jackson and Harris, the report suggested that replete omega-3 status was represented as omega-3 levels >4.9% of total fatty acids in whole blood and efforts should be made to raise levels if they fall <4.9%. When considering dose, the report revealed greater reductions for preterm birth when dosing between 500-1,000 mg of omega-3s daily.

VIDEO: 3 Tips for Choosing an Omega-3 Supplement When You’re Pregnant

You might be asking, where do we —consumers, health authorities, and healthcare providers—go from here? While there are still details that need further study and confirmation, current data supports the following nutritional advice to minimize the risk of preterm birth:

Current DHA recommendations in the pregnant population include fish intake of 8-12 oz per week and 200 mg/day DHA as part of a prenatal vitamin. However, these recommendations are often not met, and there are several barriers for women regarding reaching optimal intake of omega-3s. Some of these barriers include cost, limitation in food variety, lack of cooking skills, concern for toxin and metal build-up in fish populations, and ecological concerns. Another barrier is the lack of education. Many people need to be made aware of the health benefits of omega-3 fatty acids and where they can be found in the diet. More work is required from a public health standpoint to better inform the population and ensure omega-3 dietary components are accessible for all. For more information on omega-3s and where you can find them, check out this article here.

Two standard methods to identify adequate intake of omega-3 fatty acids include (1) dietary assessment and (2) direct blood testing. Dietary assessments, such as food frequency questionnaires or 3-day dietary recalls, are relatively easy to administer, low cost, and can be used with large populations. However, dietary questionnaires’ accuracy, sensitivity, and specificity are often low. Therefore, current recommendations are to screen for omega-3 depletion in early pregnancy through blood tests to identify women who would benefit from supplementation. Omega-3 blood tests can be completed through a trusted healthcare provider, or an at-home omega-3 index test that requires only a finger prick.  Likely, different locations, clinics, socioeconomic communities, and individual women may benefit from different methods and individualized preference and accessibility should be taken into consideration.

As previously mentioned, current evidence supports DHA levels >5% if blood testing and DHA intake >500-1,000 mg daily if using dietary intake measurement methods to support perinatal outcomes. For women with low omega-3 status or intake in early pregnancy, supplements are the most practical way to reach adequate levels. Current recommendations are to supplement with about 1,000mg of EPA + DHA daily. High-quality supplementation is encouraged, and education should be provided about how to find adequate and safe supplement sources. This article provides more information and a step-by-step process for choosing the right omega-3 supplement.

Adequate intake of omega-3s throughout pregnancy and lactation is essential for a healthier pregnancy for both the mother and the infant. Pregnant women, especially those who are socially disadvantaged, are often not meeting DHA needs. Therefore, it’s vital that any omega-3 testing and treatment program be inclusive of women from all socioeconomic backgrounds and is appropriately evaluated for cost-effectiveness and accessibility to all. Prevention is not free, but it is much less costly than treatment and healthcare costs associated with preterm birth.