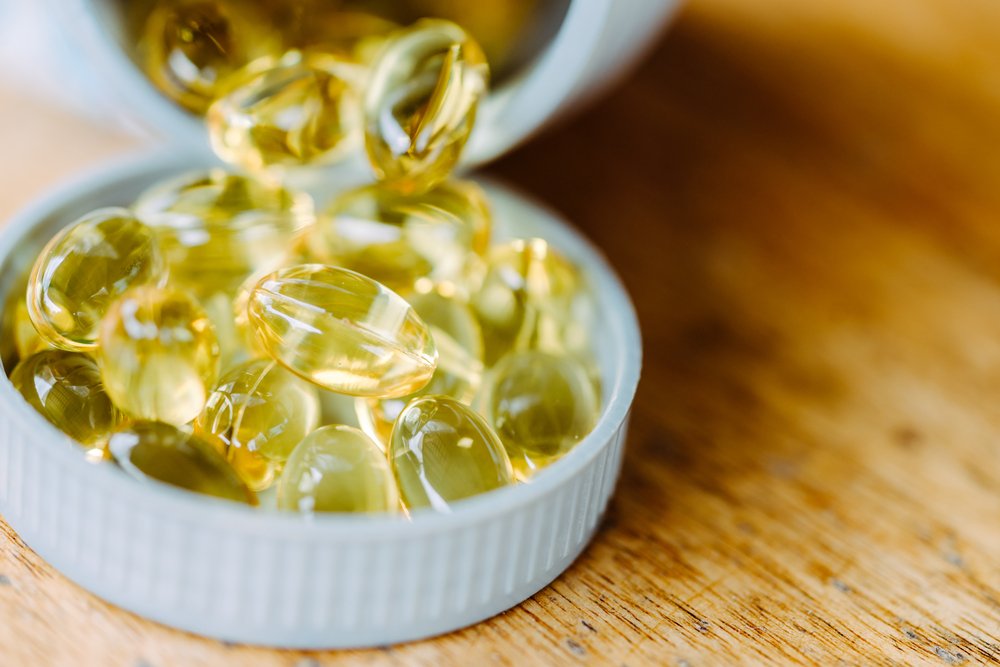 In addition to vitamin D’s prominent role in bone health, research has linked higher vitamin D status to reduced risk of death from cardiovascular disease, cancer, and all-cause mortality. If these claims are valid, vitamin D supplementation could be a safe, cost-effective, and available health strategy for people worldwide. Let’s dig a bit deeper and find out what the most recent evidence has to say.

A 2019 systematic review of 57 observational studies investigated associations between circulating 25-hydroxyvitamin D (25(OH)D) concentration and all-cause mortality. The researchers found strong evidence of an inverse association between vitamin D status and all-cause mortality. This inverse relationship appears to progressively lower death rate with increasing 25(OH)D levels up to a certain point, above which no further benefits are noted. Therefore, the authors suggest that the benefits of vitamin D on mortality may only be notable in those with low vitamin D concentrations.

When looking at specific causes of death, the researchers found moderate evidence that vitamin D status is inversely associated with cancer and respiratory disease mortality. However, the evidence was inconsistent for an association with cardiovascular mortality. Regarding respiratory disease, a 2022 systematic review and meta-analysis assessed the evidence of SARS-CoV2 infection and Covid-19 with vitamin D deficiency and supplementation. This study included 38 retrospective and cohort studies and reported that vitamin D supplementation was significantly associated with improved Covid-19 outcomes, with more than halved risk of severity and mortality.

Although these outcomes are encouraging, observational studies assess whether a correlation is present, but correlation does not imply causation. Examining this research question through randomized controlled trials may provide some insight into the limitations of observational research in assessing causal associations.

While observational studies have identified an inverse association between vitamin D status and mortality, clinical study findings have been more inconsistent. A 2019 systematic review and meta-analysis of randomized controlled trials was performed to evaluate the effect of vitamin D supplementation on all-cause mortality. The review included 50 studies, over 74,0000 participants over 18 years of age and with any health condition. The authors concluded there was no statistically significant difference in all-cause mortality or cardiovascular mortality between the vitamin D supplementation and control groups. However, the researchers did find that vitamin D was associated with a significant reduction in cancer mortality (15% reduction) when the participants received vitamin D3.

The results of this review on all-cause mortality differ from a previous review that reported more optimistic conclusions. A 2014 review of 56 randomized controlled trials found that vitamin D supplementation decreased all-cause mortality. Some differences between the 2014 and the 2019 reviews may explain the different outcomes. The 2019 review excluded more than ten trials (included in the 2014 review) in which vitamin D supplementation was administered with calcium and several other trials that used vitamin D analogs. Moreover, 17 additional randomized controlled trials were published after 2014, so more recent studies were accounted for in the 2019 review.

VIDEO: What’s the Difference Between Vitamin D2 and D3?

With the increasing amount of evidence demonstrating vitamin D’s role in health outcomes, there is growing interest in the cost-effectiveness of vitamin D supplementation to prevent disease and lower healthcare costs for the general population. Two studies have been conducted on this topic recently.

The authors noted that the cost-effectiveness results could be improved if other clinical benefits of vitamin D supplementation were included in the model, such as mortality or incidence related to cancer or respiratory tract infections. The evidence supports the promotion of vitamin D monitoring and supplementation as a cost-saving approach to substantially reduce cancer mortality and improve quality-adjusted life years in those with low vitamin D levels.

How much vitamin D is Right for You?

The Dietary Reference Intake (DRI) for vitamin D was initially established to prevent and treat bone disorders like rickets and osteomalacia. Yet, as we know, vitamin D works on extraskeletal systems across the board, suggesting new vitamin D standards should be researched and established. Therefore, the optimal vitamin D dose and status are still debatable. Vitamin D deficiency has a few definitions based on the organization, society, or study referenced.

BLOG: How do Vitamin D and Omega-3 Play a Role in Autoimmune Disease?

Several recommendation-setting bodies have published vitamin D targets over the years, such as the  Institute of Medicine and the Endocrine Society Task Force on Vitamin D. Although there is still controversy, most recommendations have set a minimum target of 25(OH)D levels at 30ng/mL (75nmol/l). The amount of vitamin D a person may need to reach optimal levels will vary wildly based on age, geography, and skin color, among other factors. Therefore, each person’s approach to restoring optimal vitamin D levels will likely differ. Check out this article for a more individualized approach to determining if supplementation is right for you.

In summary, observational and clinical studies support using vitamin D supplementation as a cost-effective approach to reduce cancer mortality and improve quality-of-life years. Moreover, evidence has identified a difference in outcomes depending on the form of vitamin D being used. Vitamin D3 effectively reduces mortality risk, while vitamin D2 has no significant effects. Lastly, evidence suggests a progressive inverse relationship between vitamin D levels and health outcomes up to a certain point. This indicates that more is not always better and that those with inadequate vitamin D levels at baseline may see the most significant results. More research is required to tease out the true relationships between vitamin D status and other causes of mortality.

BLOG: How to Choose a Vitamin D Supplement