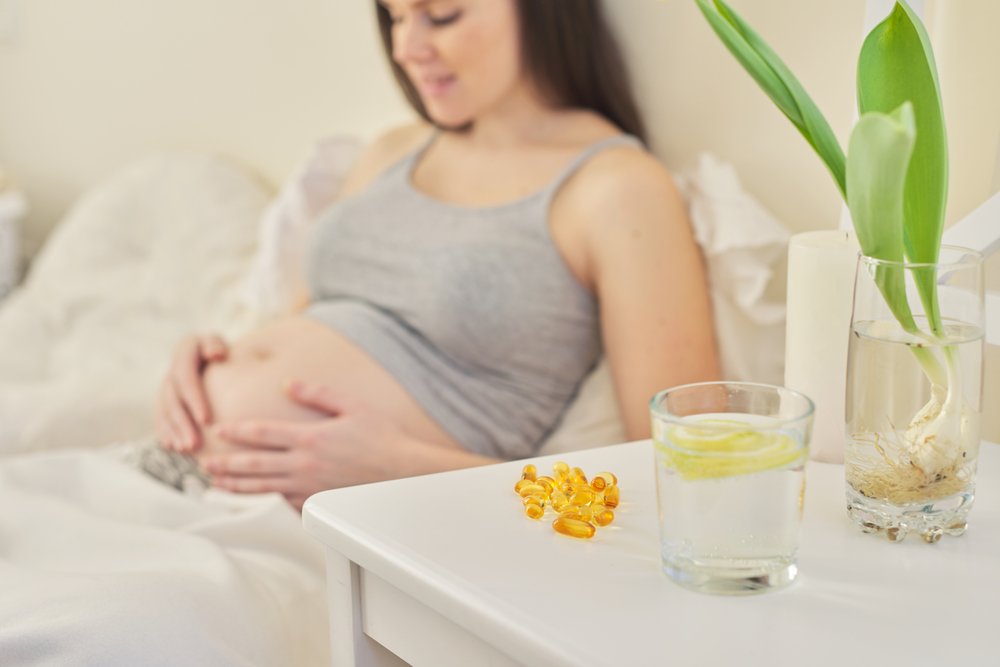 Vitamin D is well known for its role in maintaining normal blood levels of calcium and phosphate which facilitates other essential processes like bone mineralization, contraction of muscles, and cellular function.

But vitamin D’s role in human health doesn’t stop there. Over the years, research has found that vitamin D plays a role in several other health outcomes influencing chronic diseases like diabetes, immune health, cardiovascular disease, cancer, and even fertility and pregnancy outcomes. Let’s dig further into how vitamin D affects pregnancy and fertility and answer a few questions commonly asked about vitamin D and its role in reproduction.

Vitamin D is both a fat-soluble vitamin you can obtain from food and a pro-hormone that exists in the body but must be activated through several physiological steps. The nutritional forms of vitamin D include D3 (cholecalciferol), which can be found in animals, and D2 (ergocalciferol), which is derived from plants. Most often, the term “vitamin D” refers to both forms.

In addition to dietary intake, people can obtain vitamin D through sunlight (UVB) exposure, which initiates the vitamin D synthesis and conversion of pro-hormone D3 found in the skin. Both vitamin D ingested or produced in the skin must undergo several metabolic steps to become physiologically active as 1,25-dihydroxyvitamin D. The current Recommended Dietary Allowance (RDA) for vitamin D for pregnant and lactating women is 600IU per day.

As an individual becomes deficient in vitamin D, intestinal calcium and phosphorus absorption decreases, and the synthesis of parathyroid hormone (PTH) increases. PTH’s job is to maintain serum calcium levels, and it does this by increasing bone turnover and accelerating bone loss, pulling calcium from the bones, and dumping it into the blood. This action explains why vitamin D deficiency is associated with bone diseases such as rickets, osteomalacia, and osteoporosis.

Vitamin D deficiency can influence both mom and baby in several ways. For mom, vitamin D has important immune-modulating properties, which may help to establish a proper maternal immune response to the placenta. Additionally, vitamin D deficiency is independently associated with an elevated risk for gestational diabetes, pre-eclampsia, and bacterial vaginosis.

VIDEO: Why Omega-3 DHA is so Important During the Last Trimester of Pregnancy

In humans, vitamin D receptors (VDRs) are found in reproductive tissues such as the ovaries, uterus, vagina, and placenta, suggesting this nutrient plays a critical role in reproductive health. In human ovarian tissue, vitamin D has been found to stimulate reproductive hormones like progesterone, estradiol, and estrone production.

Vitamin D has also been found to regulate HOXA10 expression, which is essential for the development of the uterus, endometrial development, and uterine receptivity to implantation. Mice studies have demonstrated that vitamin D deficiency, or lack of VDRs, leads to underdevelopment of the uterus and the inability to form mature eggs, reducing overall fertility by 75%.

BLOG: Answering 10 Questions Pregnant Women Have When it Comes to Nutrition

Recent studies have found that women with higher vitamin D levels were significantly more likely to achieve clinical pregnancy from IVF compared to women with lower levels of vitamin D. There is some evidence suggesting that vitamin D deficiency might also be involved in the pathogenesis of polycystic ovarian syndrome (PCOS), the most common female endocrine disorder with a prevalence of up to 10% of women of reproductive age.

BLOG: What do Your Prenatal DHA Test Results Mean?

Longer-term, lack of vitamin D correction may result in rickets, reduced bone size and mass, and increased risk for type 1 diabetes. Furthermore, reduced concentrations of serum vitamin D in mothers during late pregnancy are associated with reduced whole-body and lumbar-spine bone-mineral content in their children at nine years of age.

Several studies have reported an association between infant size and vitamin D status. In possibly one of the most extensive studies of its kind, 2251 pregnant women from the Camden study demonstrated that total intake of vitamin D was a significant predictor of infant birthweight.

Another study confirmed these findings and found a greater incidence of small-for-gestational-age (SGA) infants born to mothers who received a placebo compared to mothers who received 1000 IU of vitamin D per day during the final trimester of pregnancy. Follow-up data from the same group of patients found that infants from the maternal placebo group gained less weight and had a lower linear growth rate in the first year of life than the infants from the supplementation group.

Population-based studies found that in 30–40% of infertile couples, the underlying cause is the malefactor. VDRs are also found in the male reproductive tissues, including the epididymis, seminal vesicle, prostate, and in the nucleus of the sperm, indicating a role of vitamin D in spermatogenesis and sperm maturation.

The authors of one study found a positive correlation between serum vitamin D with sperm motility and progressive motility. Moreover, they found that men with vitamin D deficiency had a lower proportion of motile, progressive motile, and morphologically normal spermatozoa compared to men with sufficient vitamin D status. Additionally, studies have found that vitamin D levels are significantly associated with testosterone levels and that supplementation with vitamin D might increase androgen levels that support fertility.

Do I have to worry about Vitamin D after my baby is born?

In the first 6-8 weeks of life, neonate vitamin D status is largely dependent on the vitamin D acquired through placental transfer in utero. After eight weeks of age, vitamin D is derived from diet, sunlight, and supplementation, just like adults.

Interestingly, formula-fed babies in the United States are at lower risk of vitamin D deficiency because most formulas are supplemented with 400 IUs of vitamin D per liter. Babies who are exclusively breastfed, however, are at higher risk of deficiency because human milk contains a very low concentration of vitamin D compared to maternal levels. Therefore, in November 2008, the American Academy of Pediatrics recommended that exclusively breastfed infants receive supplements containing 400 IU of vitamin D daily, beginning shortly after birth and throughout childhood.

BLOG: Here’s What You Need to Know About Omega-3 and Breastfeeding

Other studies have found that maternal vitamin D intake of 4000 IUs daily during lactation enhanced vitamin D levels in the breast milk enough to prevent vitamin D deficiency in exclusively breastfed infants. Since more research is required to determine the safety of high levels of supplementation, be sure to speak with your doctor before making dietary changes if you are concerned about your vitamin D status or that of your new child.

VIDEO: There are Several Important Nutrients During Pregnancy and DHA is One of Them