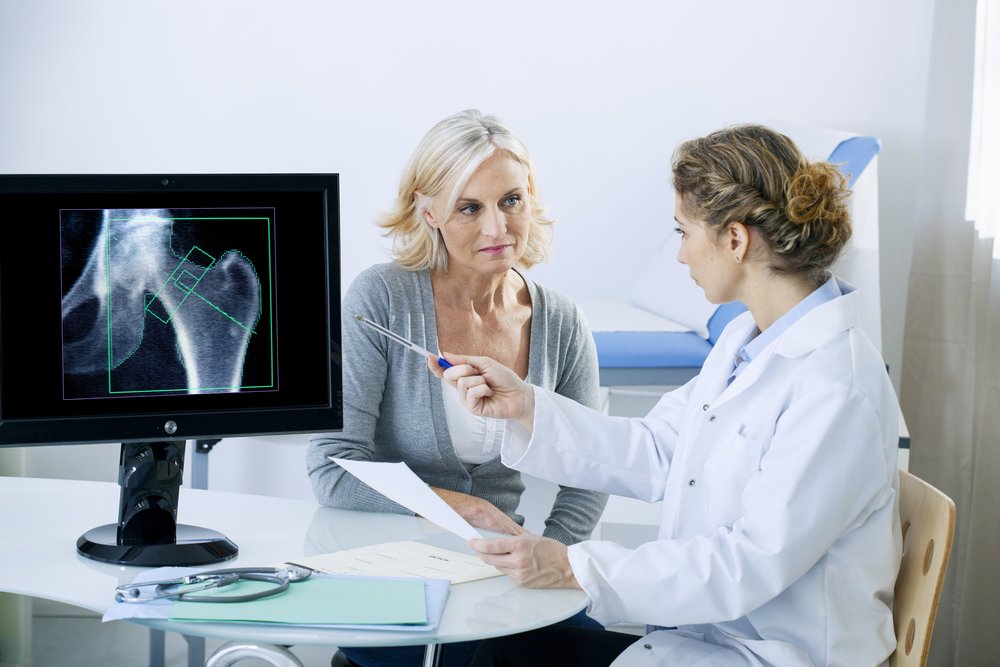 Vitamin D’s role in bone health spans over a century and was first described in 1919 when a wave of rickets infiltrated several cities during the industrial revolution. Overcrowding, increases in indoor occupations, and poor air quality (smog) contributed to a rise in vitamin D deficiency and nutritional rickets. But that’s all history, right? Not exactly.

Currently, bone disease may not get as much attention as some health conditions such as heart disease or cancer. Still, it can be equally costly, equally burdensome, and equally prevalent. Fractures are by far the most significant problem caused by bone disease. An estimated 1.5 million individuals suffer from a fracture caused by bone disease each year. To some, a fracture may not sound like a major issue. Yet, for others, it could be life-altering when the fractures most closely associated with bone disease occur at the hip, spine, and wrist.

What Types of Bones Diseases are Associated with Vitamin D?

There are several types of bone disease. Two of the most common bone diseases, osteomalacia and osteoporosis, are related to vitamin D status. Osteomalacia is a condition that softens bones. In children, this condition is called rickets. Osteomalacia and rickets are disorders of decreased bone mineralization, resulting from the bone breaking down faster than it reforms. In rickets, the disorder specifically leads to decreased mineralization of the growth plates impairing growth and increasing the risk of bone fractures, deformities, and disabilities. In adults, osteomalacia results from defective mineralization or excessive calcium resorption from bone, leading to an increased risk of bone fractures, muscle weakness, or bone pain. The most common cause of osteomalacia and rickets is vitamin D deficiency, but both conditions can also occur due to inadequate calcium intake.

Osteoporosis, which means “porous bone,” is when your bone mineral density and bone mass decrease or when the quality or structure of your bones change. According to the International Osteoporosis Foundation (IOF), osteoporosis is the most common bone disease, affecting one in three women and one in five men over the age of 50 worldwide.

The World Health Organization defines osteoporosis as a bone mineral density value more than 2.5 standard deviations below the mean. Osteoporosis may be asymptomatic, and some don’t even know they have it until they experience a bone break. In some cases, bones become so weak that they can break from minor falls or everyday bodily stressors such as coughing.

Osteopenia defines individuals with low bone mass and increased risk of fracture but not low enough to be diagnosed with osteoporosis. The range representing osteopenia is bone density levels 1 to 2.5 standard deviations below the average. Therefore, osteopenia is not a disease but rather an indication that your bone mineral density is lower than the average, and you may be at increased risk for fractures or other bone diseases in the future.

The skeleton is a metabolically active organ that undergoes continuous remodeling throughout life. To better understand vitamin D’s role in bone health, it’s helpful to have a general understanding of the bone remodeling process. The remodeling cycle consists of three consecutive phases: resorption, during which osteoclasts digest and break down old bone; reversal, when mononuclear cells appear on the bone surface in preparation for osteoblasts; and formation when osteoblasts lay down new bone until the resorbed bone is completely replaced. While many molecular and hormonal regulators play a role in this process, the focus of this article will be limited to a somewhat complicated dance between just a few: vitamin D, calcium, phosphorus, and parathyroid hormone (PTH).

Vitamin D’s role in bone health is intimately connected with its role in the metabolism and action of calcium, phosphorus, and PTH. Calcium, a major player in bone health, is a primary driver in this relationship. Calcium levels influence PTH levels, and, in turn, PTH levels affect the turnover rate of vitamin D. At this point, you may still be wondering what vitamin D has to do with all of this; it seems like the biggest instigator so far is low calcium. You’re not wrong but keep following.

BLOG: How do Omega-3 & Vitamin D Play a Role in Autoimmune Disease?

Moreover, insufficient calcium or vitamin D can lead to secondary hyperparathyroidism. PTH is released when low serum calcium is detected and directly impacts the bones and kidneys. In the bones, PTH stimulates bone resorption to release calcium from the bones to balance serum calcium levels. In the kidneys, PTH acts by increasing calcium reabsorption and promoting the conversion of inactive vitamin D stores to active vitamin D, which can then increase calcium absorption from the gut.

BLOG: Can Low Vitamin D Cause an Irregular Heartbeat?

Secondary hyperparathyroidism refers to this compensatory over secretion of PTH in response to abnormally low calcium levels, which can occur with vitamin D deficiency. Even more so, vitamin D in its active form directly downregulates the release of PTH when present in adequate amounts. If not corrected, secondary hyperparathyroidism can lead to a net loss of cortical bone, bone brittleness, and bone disease. Research confirms these relationships and has found that low vitamin D levels adversely affect calcium metabolism, bone remodeling, bone mineral density, bone turnover, and bone demineralization, all of which can influence the risk for bone diseases like osteomalacia and osteoporosis.

In addition to vitamin D’s direct role in bone mineralization, vitamin D appears to provide additional health advantages worth mentioning that can protect your bones. First, a review concluded that falls were the biggest contributor to fractures. Studies have identified increased muscle weakness and an increased predisposition for falling in those who are vitamin D deficient. Although intervention trials have found mixed results, some evidence suggests that vitamin D supplementation could benefit muscle function, decreasing the propensity for falls and fractures. Additionally, more studies have found that supplementation with vitamin D + calcium significantly reduced falls, particularly in institutionalized individuals, such as in long-term care facilities.

Lastly, inflammation is considered a characteristic of aging and bone disorders, such as osteoporosis. Of the pro-inflammatory markers related to bone, the most studied is IL-6. Although in vitro and human studies have been inconsistent, animal models have concluded that IL-6 can regulate bone and is associated with the development of osteoporosis. Evidence from both epidemiological and observational studies have highlighted the potential role of vitamin D in immunoregulation and management of inflammatory markers. While the relationship between vitamin D, inflammatory markers, and bone health in humans have not been adequately assessed, research has pointed out the possibility that the beneficial effects of vitamin D on fracture risk may be mediated, at least in part, by its impact on inflammation.

There are three ways to influence vitamin D levels: sunlight, food, and supplements. For much of the population, sunlight is the principal source of vitamin D synthesis. When exposed to solar ultraviolet B radiation (UV-B), 7-dehydrocholesterol in the skin converts to provitamin cholecalciferol (D3). How much vitamin D our skin produces depends on many factors such as time of day, time outside, season, latitude, age, skin pigmentation, and sun protection like sunscreen, among others. With so many factors, relying on the sun to produce vitamin D levels needed for optimal health can be risky. Therefore, it’s also recommended to consume sources of vitamin D through the diet.

Vitamin D is found naturally in foods like fatty fish (trout, salmon, tuna, and mackerel), beef liver, egg yolks, some cheese, and mushrooms exposed to UV light. Since very few foods naturally contain substantial amounts of vitamin D, commercially available fortified foods make a sizable contribution to the mean daily intake of vitamin D in the U.S. Foods commonly fortified with vitamin D in the U.S. include foods like cow’s milk and many plant-based milk alternatives, breakfast cereals, orange juice, and yogurt. Supplementation is an option if you aren’t getting enough vitamin D from food and sunlight. There are different forms, routes, and risks when it comes to vitamin D supplements. Check out this article to learn more about choosing the right vitamin D supplement for you.

How Much is Enough?

The Recommended Dietary Allowance (RDA) for vitamin D provides the daily amount needed to maintain healthy bones and normal calcium metabolism in healthy people. The current RDA for infants 0-12 months is 400 IU daily, children over 12 months, adolescents, and adults up to age 70 is 600 IU daily, and for adults > 70 years old, it rises to 800 IU daily. However, there is controversy over this topic. It isn’t easy to standardize intake recommendations when so many variables can influence vitamin D status. Realistically, people will need varying amounts of vitamin D in their diet to reach optimal vitamin D levels in their blood. So, what can we do?

The best way to evaluate your vitamin D status and determine your specific needs is to measure circulating 25(OH)D levels. Vitamin D testing can be done at your doctor’s office or using at-home testing kits. The most common definition of vitamin D deficiency is serum 25(OH)D levels below 20ng/mL, insufficiency as 25(OH)D levels of 21-29 ng/mL, and sufficiency as 25(OH)D levels >30 ng/mL. Once you know your current vitamin D levels, plug them into this simple online calculator to determine your personalized intake recommendation to reach optimal blood concentrations. Whether your goal is to prevent or slow bone disease, it’s never too late to enhance your vitamin D status.

VIDEO: How Much Vitamin D Do You Need?