What Are Omega-9 Fatty Acids? 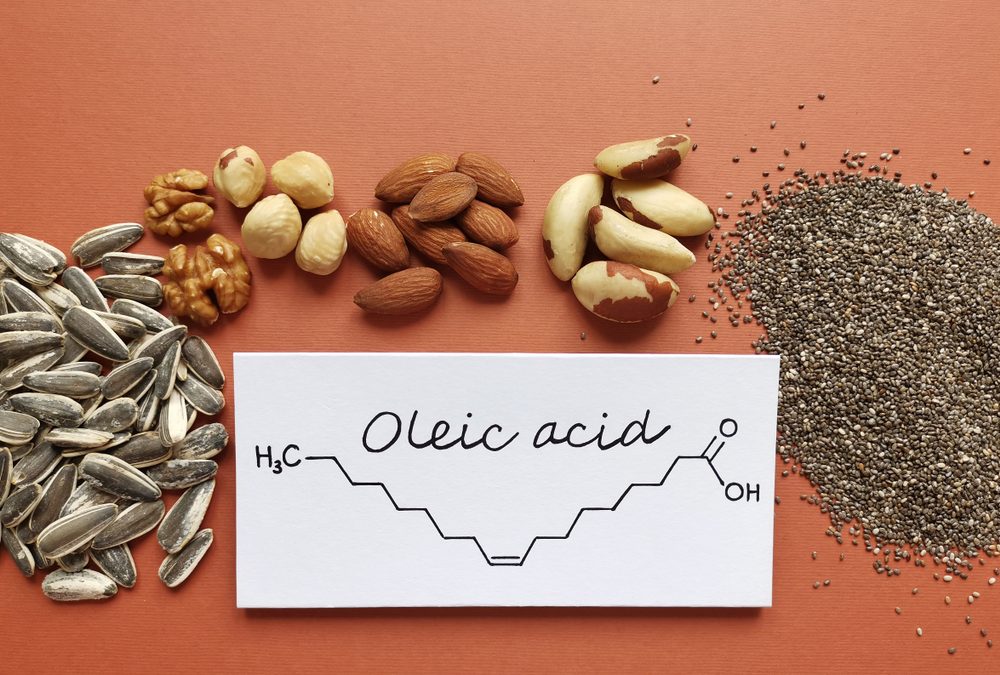 Here at OmegaQuant, we talk a lot about knowing your numbers. Most of the time when we say that we’re referring to testing to determine whether or not you are getting the right amount of nutrients such as omega-3 EPA and DHA, vitamin D, or vitamin B12 in your diet to optimize the benefits associated with those nutrients.

But today we’re talking about the number 9—specifically omega-9—and the similarities and differences with the other omegas—3, 6 and 7.

If you’ve not heard of omega-9 before, you’re probably not alone. The probable reason for omega-9’s lack of front-and-center attention is this: while omega-9s are a group of fatty acids that are essential in that they’re important for your body, from a technical standpoint, they are categorized as “non-essential,” meaning your body produces them on its own. In the case of omega-9s, because it is “non-essential,” less attention may need to be paid to specifically seeking out that nutrient from foods or nutritional supplements.

But make no mistake. If you’re wondering “is omega-9 good or bad for you,” by and large it’s good.

The numbers following omega—such as omega-9—refer to where in the chemical structure the final double bond is positioned. As this article explains it, the 9 in omega-9 means its double bond is found nine carbons away from the omega (aka methyl) end of the fatty acid.

Where Can You Find Omega-9 Fatty Acids?

When it comes to omega-9 foods, olive oil, for example, is considered one of the richest food sources of omega-9, with 83 grams of omega-9s per 100 grams. Other oils such as cashew, almond, avocado and peanut are also relatively good sources, while foods like almonds, cashews, peanut butter and walnuts—also offer up some omega-9s. (Note, walnuts are lower down on the list in terms of the amount of omega-9s conferred.)

Erucic acid is another omega-9 fatty acid and it’s mainly found in rapeseed and mustard seed oils. There’s a bit of controversy that accompanies erucic acid, because large amounts of rapeseed oil can be harmful to humans. As such, several countries have restricted its use in oils and fats.

On the other hand, canola oil, a versatile cooking oil and popular in salad dressings is a common source of omega-9s, and it contains very low levels of erucic acid.

Here’s an interesting fact from the American Heart Association (AHA): oils that contain monounsaturated fats are typically liquid at room temperature but start to turn solid when chilled.

Here’s another. The AHA says that the majority of fats consumed should be selected from the monounsaturated or polyunsaturated column, rather than choosing those foods that contain saturated fats and/or trans fats.

And everything in moderation. It’s important not to go overboard on these omega-9 foods because, hello calories! And some of them may also contain saturated fats, so you’ll want to check the labels to be sure you’re not overindulging.

While you’re probably not going to need go out of your way to take an omega-9 supplement, be aware that many of the omega fatty acid supplements contain a combination of omega numbers, including 3s, 6s, 7s and yes, 9s. Nothing wrong with getting all your numbers, but for some, it might make more sense to focus on getting your omega-3s, which so many of us around the world fall short in.

In this article, Dr. Bill Harris, president of the Fatty Acid Research Institute (FARI) and founder of OmegaQuant, said that getting adequate amounts of the plant-derived PUFAs (ALA and linoleic acid) is easy in America—we don’t need to supplement our diets with these or with the omega-9s for that matter.”

He added, “The one group of fatty acids that we are really deficient in is the marine omega-3s: EPA and DHA.”

VIDEO: Your Saturated Fatty Acid Level Has Nothing to do With LDL Cholesterol

By virtue of its status as a monounsaturated fat, omega-9 fatty acids may help reduce the risk of heart disease, decrease inflammation and help improve blood sugar control, as just a few examples of why they are important for your health.

In this fact sheet on monounsaturated fats, the AHA points to some additional benefits. For instance, along the lines of heart health benefits, monounsaturated fats can help reduce LDL cholesterol levels (the “bad” kind), which in turn may help lower your risk of heart disease and stroke. The nutrients in these good fats also work on your body’s cells in a positive way. And, as an added benefit, oils rich in monounsaturated fats also feature vitamin E, an antioxidant vitamin that, says AHA, most Americans need more of.

BLOG: What’s the Connection Between Omega-3 and Headache?

The Mayo Clinic, too, weighs in. Among other benefits, MUFAs may help your blood vessels function better. Other research shows, says the post, that these fats might also help insulin levels and blood sugar control.

And this recent study on olive oil—a good source of heart-healthy monounsaturated fats—found that higher olive oil consumption was associated with lower risk of death from cardiovascular disease (19%), cancer (17%), neurodegenerative disease (29%) and respiratory disease (18%). The lead study author speculated that “…mechanisms related to the anti-inflammatory and antioxidant properties of olive oil may have played a role in these findings,” according to this reporting of the study.

An accompanying editorial was more restrained, noting that while this study and others before it found olive oil may have health benefits, more research is needed before broad recommendations are instituted.

The Bottom Line on Omega-9s

Omega-9s themselves do not have the same robust body of scientific research as their omega-3 cousins, but let’s face it, few nutrients are as well-studied as omega-3s EPA and DHA. Because there is no needed push for people to add more omega-9s in their body through food—in fact, the generally accepted recommendation is to not add more overall fats, but rather replace saturated and/or trans-fats with MUFAs or PUFAs—or supplements, it is understandable that omega-9s may not ever become a highly studied fatty acid.

But, remember, omega-9 is still a highly desirable fatty acid. Many scientific researchers and others in scientific and policy circles are, one might say, infatuated with the good fats.