The Relationship Between Omega 3 and Inflammation 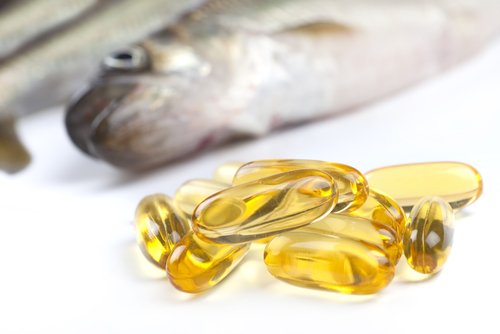 What Do Omega-3s Do Exactly

Only ALA is considered “essential” because it cannot be made by the body and must come from the diet. The good news is most modern diets provide plenty of ALA, so there is no real need to get more. Some popular food sources of ALA include avocados, walnuts, flax and chia, as well as soybean oil.

A small portion of ALA will be converted to EPA and DHA in the body, but not enough that yields much protective benefit. In other words, consuming omega-3s EPA and DHA directly from fish like salmon or supplements is really the best way to obtain these types of omega-3s.

WATCH: Dr. Bill Harris explains why you need more EPA and DHA vs. ALA

Although they are not necessarily considered “essential” like ALA, most modern research has focused on EPA and DHA because they seem to offer the most protective benefits for the heart, brain and eyes.

There is a lesser known omega-3 called docosapentaenoic acid (DPA), but the research on this fatty acid is still in its infancy regarding its particular health benefits.

How Do They Work?

On a cellular level, omega-3s alter the structure and function of cell membranes. The shape of the DHA molecule, in particular, actually alters the flexibility and fluidity when it gets incorporated into cell membranes throughout the body.

This changes the way that forces (i.e., chemicals) OUTSIDE the cell are sensed INSIDE the cell, and thus that changes how cells respond to a changing environment.

So when a “proinflammatory” molecule — called a “signal”… think of “smoke signals” between Native tribes — comes in contact with a certain type of cell, and “touches” the membrane, prompting that cell to make MORE inflammatory molecules, the now less sensitive membrane (because of the presence of DHA) does not communicate the signal to the inside of the cell so readily. This results in a “quieter and gentler” cellular response to these screaming inflammatory molecules.

EPA also is important because it can be converted into certain types of molecules that don’t “scream loudly” at the cell — or at least as loudly as their omega-6 cousins do — and thus from the OUTSIDE, they don’t knock on the cell’s “door” (membrane) as hard, resulting again in a softer intracellular response.

Omega-3s can also control when some genes are turned on or turned off, and some of those genes code for proteins that are proinflammatory or that make fats (i.e. triglycerides). So EPA and DHA can slow the intracellular production (and subsequent secretion) of inflammatory molecules.

As far as specific heart health benefits, in doses of 3-4 grams per day, EPA and DHA have been shown to lower blood triglyceride levels and blood pressure. They also stabilize the heart’s electrical system and quiet down the body’s inflammatory response, allowing it to come back to normal after the initial inflammatory insult more quickly. Further, they reduce the chances of inappropriate blood clots forming and make the blood vessels less stiff and more flexible, which facilitates normal blood flow to the tissues.

In a 2011 paper, researchers describe in great detail how omega-3s affect cardiovascular disease risk. Figure 3 in this paper paints that comprehensive picture.

Focusing on the top right of figure 3, the researchers said omega-3s directly modulate cardiac electrophysiology, which could contribute to reductions in heart rate and arrhythmic risk. They also pointed to evidence that suggests omega-3s might improve myocardial efficiency, left ventricular diastolic filling, and vagal tone.

Focusing on the top left of figure 3, the researchers said omega-3s reduce plasma triglyceride levels in a dose-dependent fashion, which is at least partly due to reduced hepatic very low-density lipoprotein production rate. Here, they say, several mechanisms have been implicated, including effects on hepatic gene expression that down-regulate de novo lipogenesis and possibly other effects such as increased fatty acid beta-oxidation. These hepatic effects might also lead to modest shunting of carbohydrates and/or glycerol to glucose production, which could raise plasma glucose levels but reduce hepatic steatosis and insulin resistance and not adversely affect peripheral insulin resistance or systemic metabolic dysfunction.

Moving on to the bottom left of figure 3, omega-3s have been shown to reduce systemic vascular resistance and improve endothelial dysfunction, arterial wall compliance, and vasodilatory responses. These changes together contribute to the established blood pressure-lowering effects of omega-3s. And while omega-3 supplementation alters ex vivo platelet function, no clinical effects on bleeding or thrombosis have been seen except perhaps at very high doses (e.g., 15 g/day).

Finally, regarding the bottom right of figure 3, researchers explain that omega-3s also reduce the production of arachidonic acid (AA)-derived eicosanoids and increase synthesis of omega-3 metabolites, although clinical effects of these alterations remain uncertain, particularly at typical dietary doses.

WATCH: Dr. Bill Harris discusses the most recent study on omega-3s and bleeding.