What If Your Doctor Knew More About Their Own Nutritional Status? 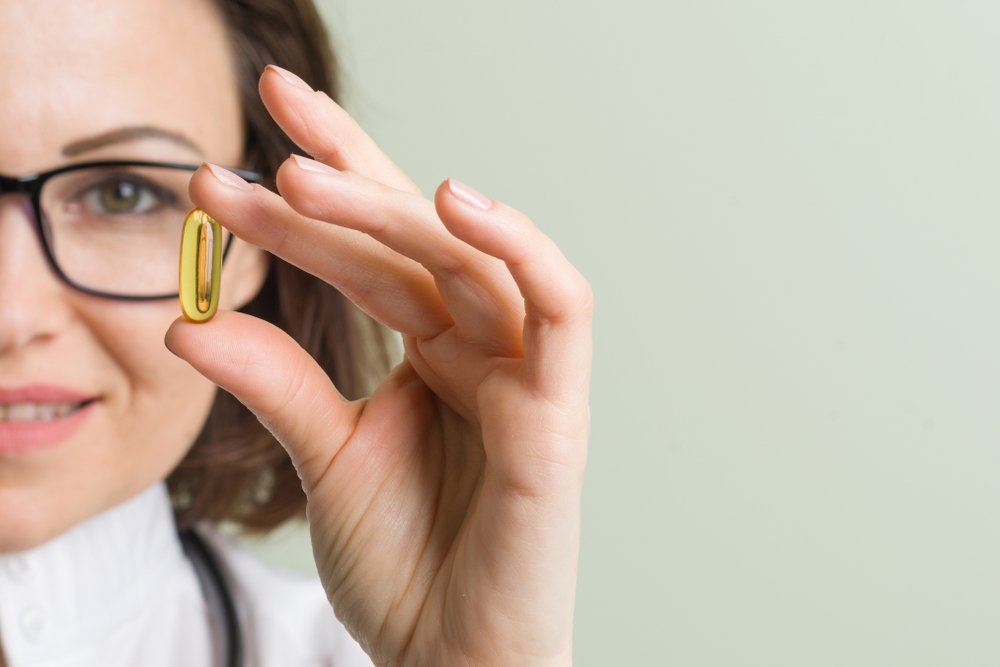 Doctors are important gatekeepers of information for their patients. For all things health, you are more likely to talk to your doctor than your best friend. But what if your doctor has no idea what you’re talking about? This is totally possible, especially when it comes to nutrition.

For years, doctors have drawn intense criticism from several corners of the nutrition world because they lack the education in this specialized area of health. Nutrition has been more or less sidelined for more important things like drug treatments, important screenings, and surgeries.

The problem is most major medical schools don’t offer a lot in the way of nutrition education, even though it, possibly more than anything else, underpins the risk of many diseases for us down the road, including diabetes, obesity and cardiovascular disease.

Why Doctors Are Nutrition Education Deficient

Ninety-one percent of the schools (121/133) responded to the survey. The researchers found that more than 70% of medical schools fail to provide the recommended minimum 25 hours of nutrition education; while 36% provide less than half that much.

In addition, the researchers found that nutrition instruction is still largely confined to preclinical courses, with an average of 14 hours occurring in this context. Less than half of all schools report teaching any nutrition in clinical practice. In fact, practice accounts for an average of only around four hours overall. Only seven of the eight schools reporting at least 40 hours of nutrition instruction provided integrated courses together with clinical practice sessions.

In their conclusion, the researchers of this study wrote: “Many US medical schools still fail to prepare future physicians for everyday nutrition challenges in clinical practice. It cannot be a realistic expectation for physicians to effectively address obesity, diabetes, metabolic syndrome, hospital malnutrition, and many other conditions as long as they are not taught during medical school and residency training how to recognize and treat the nutritional root causes.”

Earlier this year, a study published in Advances in Nutrition offered similar thoughts on nutrition education, revealing a “catch 22” of sorts for doctors as well as medical students.

They said there are several reasons for the lack of nutrition education, including inadequate time; historical educational bias towards disease and therapeutic intervention—rather than diet, lifestyle, and prevention; actual or perceived incompetency in the field of nutrition; confusion or deflection within medicine about whose role(s) it is on a medical team to address nutrition; and public confusion about whom to turn to for advice.”

But the most fundamental reason, according to this article, is that current doctors (and thus the trainers of medical students) have not received—and future doctors are thus still not receiving—adequate training to render them confident or competent to take on the role. “A small number of important educational approaches exist aimed at practicing doctors and medical students, but the most effective methods of teaching are still being evaluated. Without properly trained trainers, we have no one to train the doctors of tomorrow. This is a ‘catch 22,’” the authors commented.

To break this deadlock, they said there is an urgent need to make appropriate nutrition training available, internationally, and at all levels of medical education (medical students, doctors-in-training, and practicing doctors). “Until this is achieved, the current pandemic of nutrition-related disease will continue to grow,” they concluded.

Nutrition Knowledge is Power for Doctors, Especially When It Comes to Omega-3s

What if doctors regardless of nutrition education were able to see the results of their own nutritional status? Apparently this is highly motivating for doctors, which can trickle down in the form of logical, personalized nutrition recommendations for their patients.

A 2018 study explored the concept of omega-3 testing to see what effect, if any, there would be on physicians’ behavior. It involved a small group of US family physicians attending an annual medical conference, who visited the DSM booth and had their badges scanned.

At that time, they were also asked to volunteer in a research study to learn about their Omega-3 Index. The Omega-3 Index measures the amount of the omega-3 fatty acids EPA and DHA in the blood. The test requires a simple finger stick and one drop of blood.

In addition to testing their Omega-3 Index, each doctor was also asked several questions about their dietary habits and omega-3 intake. Fifty-seven percent of these physicians reported not consuming the recommended two or more servings fatty fish per week and 78% reported using an omega-3 supplement less than once a week. In other words, they are not consuming enough of the right sources of omega-3s, namely fatty fish and supplements, to garner their protective benefits.

BLOG: 6 Reasons to Assess Your Nutritional Status With an Omega-3 Index Test

Interestingly, more than half of those who tested their omega-3 levels believed their Omega-3 Index would be within a desirable range of 8% or higher. In reality, the average level among these physicians was 5.2%, which is on the low side.

Only 5% of those who tested had the recommended Omega-3 Index of 8% or higher, which the researchers pointed out, highlights a significant discrepancy between perceived and actual omega-3 status, suggesting that many family physicians may be unaware of their own personal omega-3 status and how it relates to daily dietary habits.

“These findings present an opportunity to improve omega-3 levels in populations globally by raising awareness among physicians about their own omega-3 status, so they can make better-informed recommendations to patients,” researchers said.

“The physicians who were willing to have their omega-3 levels tested in the study were more likely to agree with affirmative statements about omega-3s and recommend them to their patients. This suggests that increased awareness of personal omega-3 status among physicians may be a valuable tool in facilitating patient communication and recommendations about omega-3 fatty acid intake.”

Omega-3s are among the most researched nutrients in the world, but the researchers in this study believe there is still an ongoing need to raise awareness among healthcare professionals, consumers, and government bodies that there is a deficiency among a high proportion of healthy adult populations globally.

“It is important to communicate effectively the impact of low and very low blood levels of EPA and DHA (i.e., Omega-3 Index) – not only in terms of the potential health implications for the individual, but also the economic burden on healthcare systems. Education is an integral part of this strategy,” they said. “However, it is clear from this new study that this should begin with healthcare professionals, because only then can they positively influence their patients.”

Medical Professionals Are Still Most Trusted

For the 17th consecutive year, more than four in five Americans (84%) again rate the honesty and ethical standards of nurses as “very high” or “high,” earning them the top spot among a diverse list of professions, according to a December 2018 Gallup Poll. 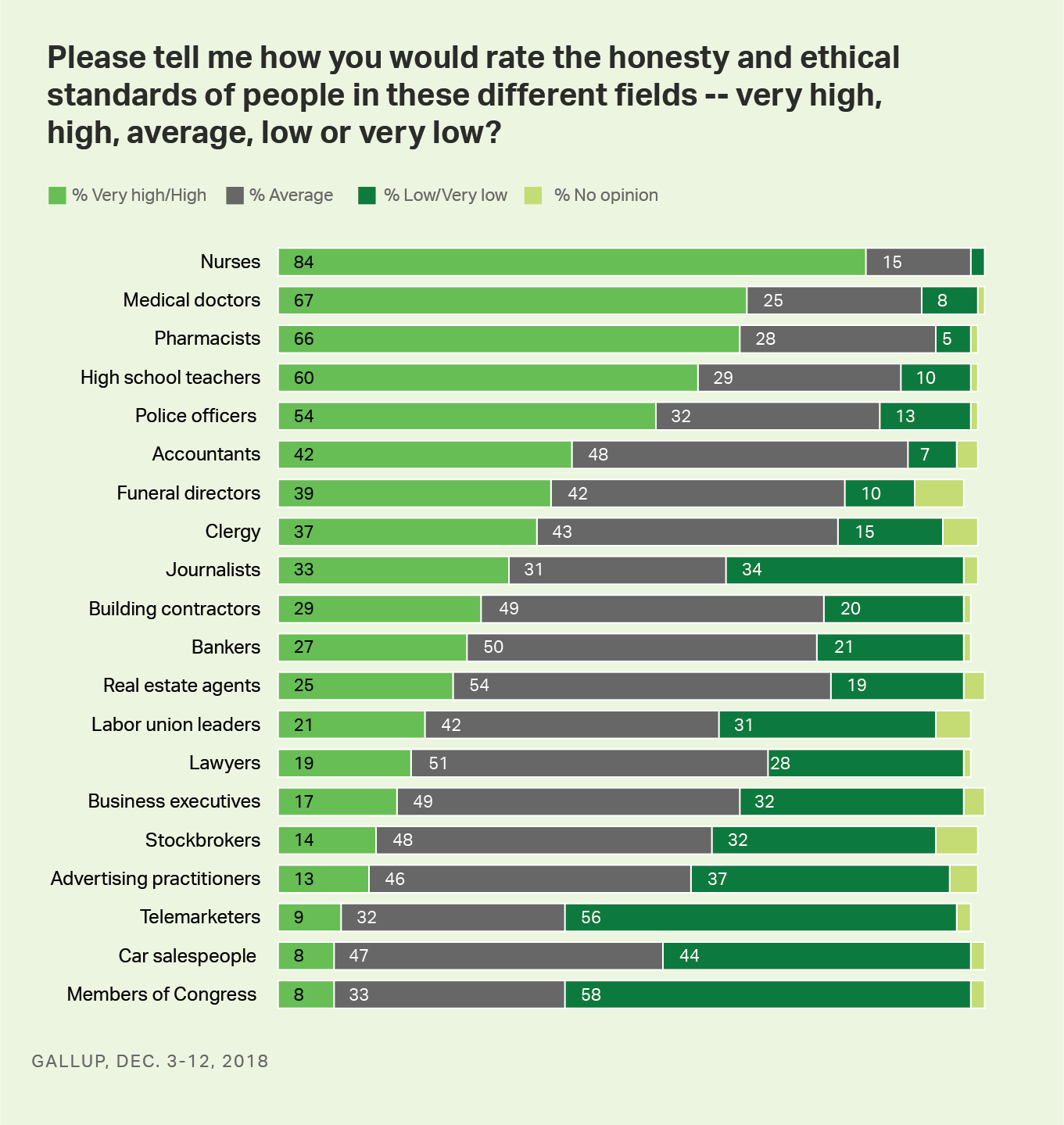 Even though medical doctors today might not be armed with the nutrition education they need, people continue to put their trust in them more than any other types of professionals. As nutrition education continues to evolve, using tactics like nutritional status testing is a logical educational strategy that is likely to benefit both doctors and their patients and be a powerful motivator for change.