What is Omega-3 EPA and What is It Good For? 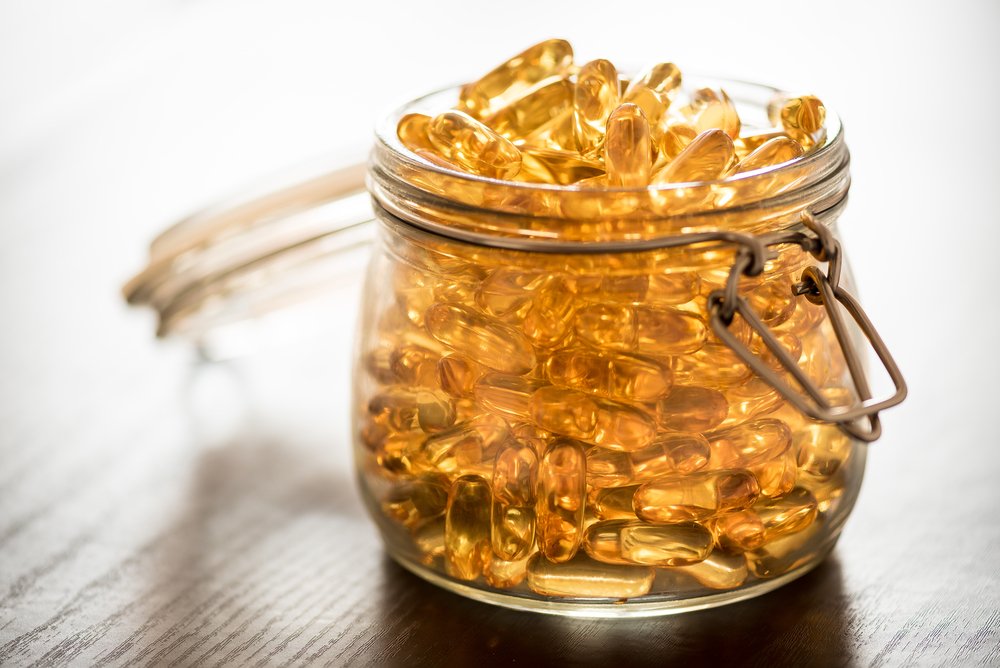 First things first! If you’re interested in your health, and specifically were looking today to learn more about omega-3 EPA, you’re in the right place. But if you happened to google EPA and were looking for the Environmental Protection Agency, you’re not.

We’re happy to have you stay of course but know that you’ll be getting information about a different type of prevention: EPA—Eicosapentaenoic acid—is all about protection for your health, especially your heart health.

Fatty fish, such as salmon, herring, sardines, mackerel and others, is your best food source for EPA. For vegetarians or those who just don’t like fish, algal oil is a potential option for getting your EPA, as is seaweed or algae from food.

Other oils and seeds, like canola, flaxseed, and chia, as well as some nuts, such as walnuts, and greens like brussels sprouts, are rich in omega-3s, but in the ALA form. While our bodies convert ALA into EPA and DHA, it’s not an efficient conversion, with generally 10 percent or less converted into EPA and even less for DHA. So, it’s not a great solution for ensuring you have enough EPA and DHA in your diet.

Fortified foods, such as orange juice or eggs, may contain omega-3 EPA. And if you’re still not getting enough EPA in your diet from food alone, dietary supplements are a legitimate option. In both cases, check the product labels to determine whether or not the omega-3 is from EPA.

The modern history of how omega-3 EPA rose to scientific acclaim is an interesting tale. Two Danish researchers, Jorn Dyerberg and Hans Bang, are credited with laying the scientific foundation for the heart benefits of omega-3 EPA with their groundbreaking research in a Greenland Eskimo population.

In 1978, The Lancet published their work that hypothesized that EPA could reduce risk for thrombosis and atherosclerosis. Since then, that hypothesis has been well-confirmed and other beneficial mechanisms have been discovered as well. More than 40 years later, omega-3 fatty acids, including EPA, are considered to be one of the, if not the, most researched nutrients.

What Does EPA Do?

According to the Global Organization for EPA and DHA Omega-3s, also known as GOED, there are more than 40,000 published studies on EPA and DHA, more than 4,000 of which are human clinical trials.

Although the science began with heart health, the research community has since expanded its investigation of omega-3 fatty acids to other areas, including brain health, cognitive function, mood, eye health, immune function, sports recovery, prenatal health (for mom and baby), and even longevity.

EPA is thought to have anti-inflammatory effects that may reduce pain and swelling, which can be helpful in several areas.

And, as this post on EPA advises, omega-3 fatty acids are “part of a healthy diet that helps lower risk of heart disease.” Specifically, the authors advise that getting more EPA may have positive impact on coronary heart disease, high triglyceride fats in the blood, high blood pressure and inflammation. The post shares additional information beyond the benefits of EPA, discussing precautions and potential interactions. And it reminds us that most people in the Western world are not getting enough omega-3 fatty acids in their diets.

Not all of the studies have demonstrated clear benefit, but there has been more than enough success for scientists and healthcare practitioners to recommend omega-3 fatty acids, including EPA, as an important nutrient integral to good health.

Science Shows EPA Benefits, Alone and in Combination with DHA

With so many published studies on omega-3 fatty acids EPA and DHA, we’ve highlighted some of the more recent research. (However, if we can pat ourselves on the back for a minute, our blog and our “Omega Matters” broadcast series, provide additional ways to learn about the science on omega-3s.)

One recent study from Tufts University suggested that EPA improved the balance between pro- and anti-inflammatory proteins, something the lead author said has been shown in previous studies to help in the prevention of cardiovascular disease.

A meta-analysis from Harvard researchers said that whether marine omega-3 (omega-3 EPA and DHA) supplementation is related to the reduction in the risk of cardiovascular disease remains a controversial topic. But their meta-analysis concluded that these supplements lowered the risk for myocardial infarction, CHD death, total CHD, CVD death and total CVD.

An even more recent meta-analysis that pooled results from 38 randomized controlled trials involving a little more than 149,000 participants concluded that omega-3 fatty acids (EPA and DHA) reduced cardiovascular mortality and improved cardiovascular outcomes. The authors said that EPA monotherapy produced more prominent risk reduction than did the combination treatment with EPA and DHA.

A new study shows that people with higher omega-3 EPA and DHA blood levels lived longer than those with lower levels. The method used to determine blood levels was the Omega-3 Index, an objective measure of the body’s omega-3 status, used in clinical research and available from OmegaQuant as an in-home blood test. The lead author on this study was Dr. Bill Harris, president of the Fatty Acid Research Institute (FARI) and founder of OmegaQuant.

Of the results, he said, “Since all of these analyses were statistically adjusted for multiple personal and medical factors, we believe that these are the strongest data published to date supporting the view that over the long-term, having higher blood omega-3 levels can help maintain better overall health.”

This article notes that various studies looking at omega-3 EPA and DHA may help reduce symptoms of depression. The article cites two (older) studies—here and here—that suggest EPA is more effective than DHA in this regard.

A more recent scientific review advises that recent studies highlighted the effect of omega-3 fatty acids in Alzheimer’s, possibly because of their anti-inflammatory, antioxidant, antiapoptotic and neurotrophic properties. The authors noted that EPA and DHA are beneficial for improving cognitive function in very mild cases of Alzheimer’s disease and major depressive disorder.

While not quite rivaling the debate about which came first, the chicken or the egg, in scientific circles there is considerable interest in figuring out which of the many benefits of omega-3 fatty acids EPA and DHA are best attributed to DHA versus EPA or vice versa.

The answer: it depends on which expert you ask and what benefits are more important for your own individual health needs.

It also depends on when you ask the question, and we don’t mean time of day. Because the nature of scientific research isn’t necessarily conclusive, but rather runs on a continuous evolutionary cycle, often the results of one study lead to interest in another related or adjacent hypothesis, leading researchers to explore new directions, new doses, and new benefits. So, when we say “when,” we mean where the research is at that time.

And given the synergistic nature of nutrients, it is isn’t always possible, or advisable, to separate them. They often work in concert.

Let’s look at what some experts have to say in this regard.

Dr. Barry Sears, anti-inflammation guru, fish oil proponent and author of The Zone, published this article about a decade ago in Psychology Today that raised this point:  EPA and DHA do different things, he said, so you need them both, especially for the brain.

What about for the heart? This article in Healthline advises that the majority of studies have tested EPA and DHA in combination rather than individually. But the article also notes that the few studies that have been conducted on DHA alone in this area suggest that it may be more effective than EPA when it comes to improving a number of heart health markers.

Medical News Today wrote that some research suggests that only high doses of EPA appeared to reduce the risk of heart attack, stroke and heart failure. Further, they reported on an as of yet unpublished study from Intermountain Healthcare’s Heart Institute that found that rising levels of DHA in the blood may negate the benefits of high levels of EPA on reducing those types of major cardiac events and death.

In other words, wrote the reporter, those with more DHA than EPA in their blood had an increased risk of heart problems compared to those with higher EPA levels than DHA. The study was presented at a 2021 virtual conference of the American College of Cardiology.

The study did not determine whether the omega-3 fatty acids were obtained from food, supplements or a combination.

In response, the Council for Responsible Nutrition (CRN), a leading trade association for the dietary supplement industry said that a large body of evidence supports the benefits of both EPA and DHA for heart health, referencing, as a recent example, this study shared earlier in this blog.

In other areas too, results are not conclusive as to whether EPA or DHA is a definitive better option.

Take prenatal health as an example. According to the American Pregnancy Association (APA), there are all sorts of important reasons why pregnant and post-birth women need to be sure to get omega-3s EPA and DHA for the health of the mother and the development of a healthy baby.

For the mother, omega-3s have been shown to prevent pre-term labor and delivery and lower the risk of preeclampsia. Furthermore, omega-3 deficiency may result in postpartum mood disorders and depression.

The benefits for the baby include neurological and early visual development, as well as cognitive development and reduction in the risk of allergies.

The APA says that both EPA and DHA are important and that they work together in the body. However, the association further advises that each supports different functions. While EPA supports the heart, immune system and inflammatory responses, DHA focuses on the brain, eyes and central nervous system, and needs repletion for breast-feeding mothers, making DHA uniquely important for pregnant and lactating women.

OmegaQuant has two specific at-home tests to measure DHA blood levels for prenatal and nursing mothers, thereby emphasizing the specific importance of DHA for this population.

And in the area of inflammation, this study from Tufts University referenced earlier in this blog showed that EPA and DHA worked differently against chronic inflammation. The results showed that DHA has a stronger anti-inflammatory effect than EPA, but the researchers said that each had its own important role to play in regulating the immune system.

Stefania Lamon-Fava, an associate professor at the Friedman School of Nutrition Science Policy at Tufts, said, “The jury has been out, so to speak, on how the two major components of fish oil work—and whether one might be better than the other. These results suggest that DHA is the more powerful of two markers of inflammation in the body, but that’s not the end of the story.”

VIDEO: Why Omega-3 DHA is so Important During the Last Trimester of Pregnancy

In some ways EPA and DHA are like an old married couple, except that they don’t fight. As you’ve seen from this blog, they’re often coupled in scientific studies, creating synergistic effects.

Here at OmegaQuant, we want the science to drive the recommendations and we’ll be watching closely, and continuing to actively participate, as the science evolves.

Our best recommendation today is that while EPA and DHA may have different functions, one is not “better” than the other, and both are necessary for optimal health. And like two people in a marriage, it’s important that they both thrive together and explore their own individuality.

That’s why we’re interested to see where the science takes us. And we hope you’ll stick with us on that journey.

VIDEO: What is the AA/EPA Ratio?