What’s the Best Time to Take Your Fish Oil Supplement? 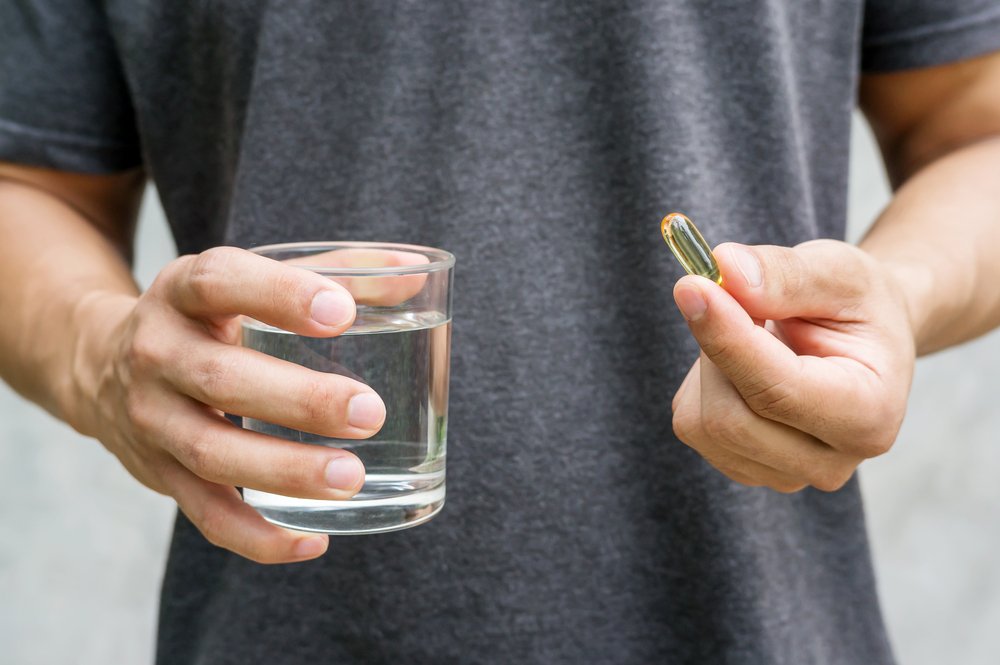 Breakfast has long been the preferred time for taking medications, food supplements, and cod liver oil. And the psychology makes sense. At the start of each day, many of us like to take advantage of our renewed energy to focus on our health.

New research, however, has started linking medication efficacy to timing — and the findings make a compelling case for rescheduling our supplement routines too.

Fish oil is one of the most common omega-3 supplements. And technically, you can it whatever time works best for you as long as you take it with a meal. The omega-3s EPA and DHA found in fish oil are fats and they will be absorbed much better if there are other fats on board. If you take them on an empty stomach, they probably won’t be absorbed as well.

VIDEO: Make Sure You Take Your Omega-3 Supplements with a Meal

If you’re one who experiences reflux with your fish oil (otherwise known as fishy burps), then some experts recommend splitting up your dose during the day and avoid heavier doses in the evening. This is because fish oil tends to rise to the top of stomach fluids (picture oil floating on top of water), which can cause indigestion for some. For others, nighttime could be an ideal time to take your omega-3s, especially if they are combined with other nutrients that support sleep.

Consider Taking Your Medications and Supplements at Night

Several studies have now shown that aspirin and cholesterol-lowering drugs, as well as blood pressure and anti-reflux medications, may work better in the evening (1). Scientists suggest that as we sleep, our body’s circadian rhythm influences our hormonal balance, as well as the body’s ability to absorb chemicals in medications and supplements.

BLOG: Exploring the Relationship Between Omega-3 and Sleep

Because many symptoms (especially related to acid reflux and heart disease) worsen over the course of the night, taking certain medications and supplements before bedtime may actually help to improve health conditions the following day.

Are you absorbing enough nutrients from your diet or supplementation?

What International Studies Have Discovered

Let’s look at the example of taking anti-reflux medication. The stomach typically produces two to three times more acid between 10:00 pm and 2:00 am than at any other point of the day. In addition, heartburn typically worsens while lying down, which intensifies uncomfortable side effects.

These factors could explain why one study found that 70% of people who took their anti-reflux medication later in the day experienced greater relief, compared to the 42% who took their medication in the morning.

It has also been well-documented that heart attacks and strokes occur more often in the early morning. This phenomenon could explain why a five-year study from Spain found that patients who took their blood pressure medicines at night had a 33% reduced risk of heart attack and strokes, compared to those who took their medications in the morning (1).

How a Low-Fat Meal Affects Absorption of Omega-3

For decades, many omega-3 users have also opted to take their supplements first thing in the morning. However, researchers point out that omega-3 fatty acids need to be consumed with food — and preferably of the high-fat variety — to be absorbed well (2).

Today, scientists suspect that the trend towards low-fat breakfasts, and skipping breakfast entirely, could explain why some supplement users don’t see sizable increases in their omega-3 index levels (3). What does that mean for consumers? If you don’t eat breakfast, or typically eat low-fat foods in the morning, then aim to take your daily omega-3 dose later in the day with a fuller meal.

VIDEO: Your Saturated Fatty Acid Level Has Nothing to do With LDL Cholesterol

While getting an effective dose of high quality fish oil makes a crucial difference in terms of seeing results, timing also matters. Besides the health issues mentioned above, here are two other reasons to consider taking your fish oil at night: inflammation and sleep quality.

If you have arthritis and joint pain, you likely experience more intense symptoms in the morning. One French study discovered that NSAIDs (nonsteroidal anti-inflammatory drugs) were most effective when consumed four to eight hours before peak pain started (1).

Since omega-3 fatty acids work on the same biochemical pathways as NSAIDs, taking your fish oil supplement in the evening could make it easier to get out of bed in the morning with greater comfort.

In a pilot study from the UK, researchers found that children who supplemented with omega-3s increased their sleep time by an average of 58 minutes while reducing the number of wakeups during the night (4). Other studies similarly show that adequate omega-3 intake is important for good quality rest, improved relaxation (5) and a lowered risk of sleep apnea (6, 7).

investigated whether plasma concentrations of the omega-3 fatty acid DHA were related to sleep timing and duration in adolescents. Using a subset of the ongoing ELEMENT cohort study, the sample included 405 adolescents in Mexico City, ages 9-17, who had actigraphy-assessed sleep as well as plasma measures of long-chain fatty acids.

“Given that even a 20-30 minute increase in sleep duration can be beneficial for children in terms of emotional control and academic outcomes, the magnitudes of the reported associations are clinically meaningful and suggest a potential role of dietary omega-3 DHA in promoting healthy sleep among adolescents,” they said.

VIDEO: How Omega-3s Get Into the Brain

About the author: Bo Martinsen, MD, is an omega-3 specialist, innovator, and advocate for natural foods. As co-founder and CEO of Omega3 Innovations, he has created multiple patented technologies for medical devices designed to improve consumer compliance. He is also the creator of several medical food products that combine dose-effective ingredients of omega-3 fish oil with soluble fibers and other nutrients. Before Omega3 Innovations, Dr. Martinsen practiced medicine in Norway for 20 years. During his career, he also served as a medical consultant to large international corporations, focusing on stress management and synergistic medicine.

This post originally appeared April 23, 2019, on Omega3Innovations.com; it has been adapted from its original version.