What’s the Connection Between Omega-3 and Headache? 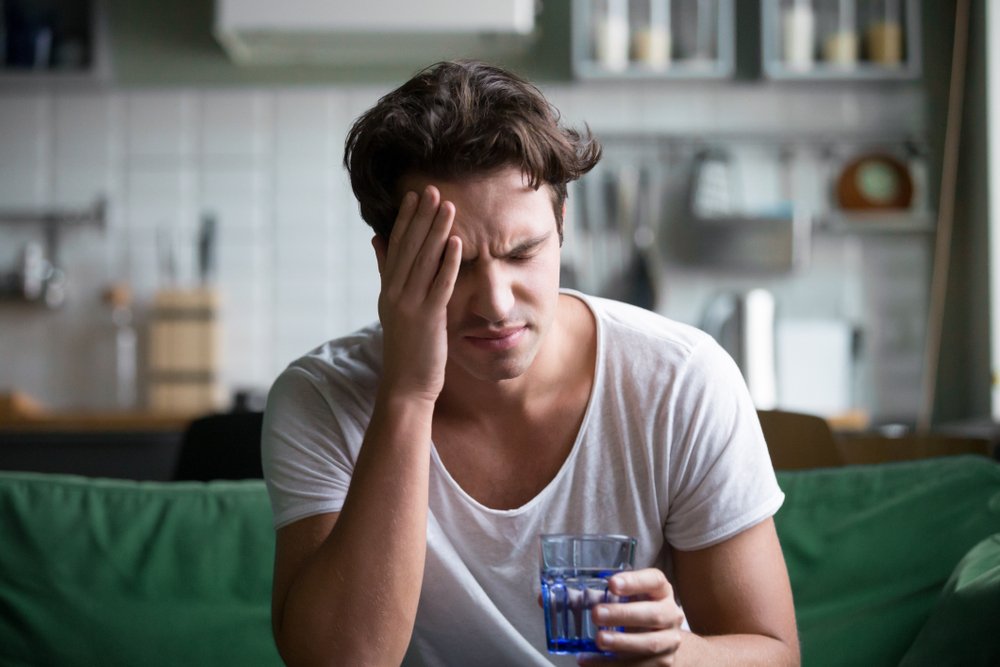 New research published BMJ in late June suggests there is a connection between omega-3 and headache. Headaches float into most people’s lives from time to time, but for others they can be more frequent, painful, and sometimes debilitating for those who can’t find relief.

The purpose of this latest research was to understand how omega-3 fatty acids, in particular EPA and DHA, might benefit those suffering from headaches. Before we get to the study details, let’s talk about the types of headaches, how they happen, and who suffers the most.

Did you know that there are more than 150 types of headaches? It’s true. We won’t discuss all of them, but we’ll certainly touch on some of the most common, including tension headaches, migraines and cluster headaches.

Tension headaches are characterized by head pain that is fairly well distributed vs. being one-sided in the case of a migraine. Cluster headaches, as the name implies, occur in clusters that last hours or days. The pain is typically severe and one-sided.

The Most Common Headache

Tension headaches by far are the most common. In fact, 90% of headaches fall into this category and 78% of people will suffer from them at one point in their lives. According to WebMD, the symptoms of a tension headache include:

There are a multitude of reasons that headaches happen. Tension headaches are often brought on by stress or fatigue. And the reason they hurt so much is because this causes your scalp, neck and jaw to tighten.

As for where the pain occurs, it is all over your head, but WebMD says you’ll most likely feel a band of pain around your forehead or the back of your head or around your neck. Fortunately the headache does not get worse with activity, but your jaw, shoulders, neck, and head may be tender.

Anatomy of a Migraine

Migraines are less common, affecting only about 15% of people. And thank god for that since this type of headache is often debilitating for those who suffer from them. Some symptoms of a migraine include:

The causes of a migraine headache are less clear, however, experts say there changes in the brain as well as a genetic link. Certain “triggers” have also been identified. These can include something as mundane as a change in bright light or something more complex like hormone levels.

There are three phases to a migraine — prodrome, aura, attack and postdrome. And all of these phases are pretty overwhelming for the one who is suffering through them. Prodrome is the period before a migraine happens, which provides signs that a migraine might be on the horizon. Some things to look out for are changes in appetite, mood and energy, along with sensitivity to things like smell and light.

BLOG: Vitamin D Levels Around the World Are Low

Aura is the second phase, a sign that a migraine is imminent. This is when symptoms like blurred vision, slurred speech, ringing in the ears, and changes in smell, taste and touch may occur.

Then there is the attack phase, which is when things really start to kick in. In this phase, many can expect nausea — 80% of those who experience this actually vomit — and intense, throbbing pain that worsens with physical activity. This phase can last hours or days.

After the attack is over, the body goes through what is called postdrome, which involves a constellation of symptoms that range from feeling exhausted and cranky to an unusual feeling of boundless energy.

If you thought migraines were bad, cluster headaches are at the top of the list in terms of pain severity, with some referring to this type as a “suicide headache.” According to the American Migraine Foundation, the term cluster headache comes from the fact that these attacks occur in groups, or “clusters” and they hit a 10 out of 10 on the pain scale.

The American Migraine Foundation goes on to say that cluster headaches are associated with symptoms that occur on the same side of the head that the pain is taking place on, which can include red or teary eye, runny or stuffy nostril, and flushing or sweating of the face. During attacks, some people develop a smaller pupil or a drooping eyelid on the headache side. Most cluster headache patients are restless or agitated during attacks; unlike patients with migraine, they find it hard to stay still and rarely lie down.”

Is Food Both the Problem and Solution? New Research Says Maybe…

New research shows that eating a diet rich in omega-3 fatty acids reduces the frequency of headaches compared with a diet with normal intake of omega-3 and omega-6 fatty acids.

BLOG: Could Your Diet Be Clouding Your Thinking?

So a team of US researchers wanted to find out whether diets rich in omega-3 fatty acids would increase levels of the pain-reducing 17-hydroxydocosahexaenoic acid (17-HDHA) and reduce the frequency and severity of headaches.

Their results are based on 182 patients at the University of North Carolina (88% female; average age 38 years) who experienced migraine headaches five to 20 days per month. These subjects were randomly assigned to one of three diets for 16 weeks.

During the trial, participants received regular dietary counseling and access to online support information. They also completed the headache impact test (HIT-6) — a questionnaire assessing headache impact on quality of life. Headache frequency was assessed daily with an electronic diary.

However, headache frequency was statistically significantly decreased in both intervention groups.

Participants in the intervention groups also reported shorter and less severe headaches compared with those in the control group.

This was a high quality, well designed trial, but the researchers do point to some limitations, such as the difficulty for patients to stick to a strict diet and the fact that most participants were relatively young women so results may not apply to children, older adults, men, or other populations.

“While the diets did not significantly improve quality of life, they produced large, robust reductions in frequency and severity of headaches relative to the control diet,” they write.

“This study provides a biologically plausible demonstration that pain can be treated through targeted dietary alterations in humans. Collective findings suggest causal mechanisms linking omega-3s and omega-6s to [pain regulation], and open the door to new approaches for managing chronic pain in humans,” they conclude.

These results support recommending a high omega-3 diet to patients in clinical practice, says Rebecca Burch at the Brigham and Women’s Hospital, in a linked editorial.

She acknowledges that interpretation of this study’s findings is complex, but points out that trials of recently approved drugs for migraine prevention reported reductions of around 2-2.5 headache days per month compared with placebo, suggesting that a dietary intervention can be comparable or better.

What’s more, many people with migraine are highly motivated and interested in dietary changes, she adds. These findings “take us one step closer to a goal long sought by headache patients and those who care for them: a migraine diet backed up by robust clinical trial results.”