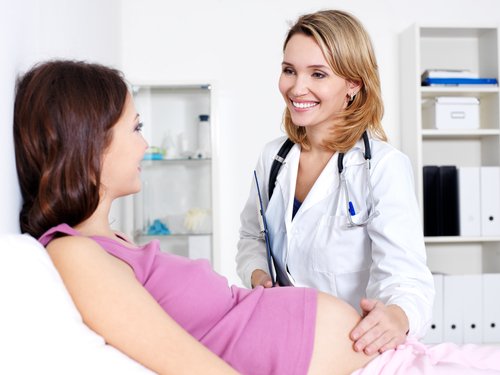 Doctors must be very disciplined when offering advice and recommendations during pregnancy. Many times, you, the patient, could be more knowledgeable about things like nutrition and diet. This is not unusual. Besides taking some required nutrition classes during their medical education, most OB/GYN’s are not formally trained to offer diet and nutrition advice.

So when it comes to omega-3 fatty acids like DHA, many OB/GYNs may not be as up to speed on the importance of these nutrients as you are. But don’t let that stop you from having the important conversation of how much and how often you need to get these nutrients in your diet during pregnancy.

DHA holds just as much, if not more importance during pregnancy as folic acid, calcium and iron. It not only has concrete benefits for preventing preterm birth, but also a variety of other health benefits for both mom and baby. To understand how OB/GYNs view nutrients like DHA, it might make sense to understand how they feel about nutrition first.

A 2016 article in US News & World Report described the lack of nutrition education among doctors as “not exactly shocking.” “A 2016 study in the International Journal of Adolescent Medicine and Health assessed the basic nutritional knowledge of fourth-year medical/osteopathic school graduates entering a pediatric residency program and found that on average, the incoming interns answered only 52 percent of the 18 questions correctly,” the article said.

Why has nutrition been given short shrift in medical schools? According to the same article, there are several reasons, especially a lack of funding and a shortage of trained faculty to provide high-quality nutrition instruction, and a focus on treating rather than preventing diseases, says Marion Nestle, a professor of nutrition, food studies and public health at New York University. “The assumption is that doctors will refer patients to dietitians.”

“It’s not that physicians don’t want to provide nutritional advice,” the article continued. “Many primary care physicians believe that providing nutrition counseling is part of their responsibility, yet there continues to be a sizable gap between those good intentions and the proportion of patients who receive dietary advice from their doctors or who are referred to dietitians, according to 2010 research from East Carolina University. The primary barriers: lack of time and compensation, followed by insufficient knowledge and resources.”

To make matters a bit more complicated, there is often conflicting information when it comes to nutrition, and especially with regard to omega-3 fatty acids. Because the main source of these nutrients is fatty fish, many doctors, particularly OB/GYNs, worry about the possibility of contaminants and often advise extreme caution when considering consumption during pregnancy.

A May 2019 study published in Public Health Nutrition suggests that these warning messages about the adverse health impact of mercury exposure may have led to women dramatically reducing their fish consumption. In fact, this research showed that consumers’ awareness of the potential toxicity of fish consumption is higher than their awareness of the potential health benefits, a conundrum that has dire public health consequences.

BLOG: What If Your Doctor Knew More About Their Own Nutritional Status?

The truth is there is very little risk and in fact enormous benefits to eating fish during pregnancy. Still, even if doctors, and patients, harbor concerns and want to exercise caution, then it is reasonable to consume an omega-3 supplement that contains at least 200 mg of omega-3 DHA daily and presents almost zero risk of contaminants like mercury.

Another tactic that could help doctors and patients make sure they are getting enough of the right omega-3s is taking a Prenatal DHA Test, which is an objective measure of DHA in the blood. Research shows that maintaining a level of 5% of DHA in the blood is the most protective.

But before considering a test, let’s talk about how much doctors know about omega-3s EPA and DHA in the first place. New research shows they don’t know as much as they probably should. The good news is they want to learn more, and you can help educate them.

Could the Patient Could Become the Teacher?

The Public Health Nutrition study published last month showed that while many women receive advice and recommendations about nutrients such as calcium, folate and iron, much less information is shared regarding the importance of omega-3s.

“Healthcare providers are a trusted source of pregnancy-related dietary information and can influence the eating practices of their pregnant patients,” the study authors said. “Pregnant women might indeed be willing to increase their fish consumption if they received appropriate advice from their obstetrician.”

In this study, OB/GYNs in Belgium were invited to complete an anonymous online survey via email between February and May 2016. Concerning nutritional care practices, the doctors were asked questions related to the monitoring of omega-3 status in pregnant women, the implementation of preventive actions in relation to a possible suboptimal omega-3 status, and the transmission of information on the importance and/or the role of omega-3 during pregnancy.

Overall, 43% of professionals did not provide any information about omega-3s to their pregnant patients and 46% did not take any preventive actions. As a result, researchers believe there is an urgent need for pregnant women to receive adequate nutrition education and effective communication about omega-3s because consumption during pregnancy is important.

The good news is the more knowledgeable a patient was in this study, the more likely they were to be getting DHA in their diet compared to those who were less knowledgeable.

“A positive association was observed between knowledge and attitude, and favorable dietary behaviors. This finding is consistent with others who found that awareness and nutrition knowledge have the potential to contribute to improving dietary behaviors,” the authors said.

Taking it one step further, the researchers investigated the relationship between self-declared dietary practices and an objective measure of omega-3 status (via an Omega-3 Index test). The results confirmed that women with favorable dietary practices regarding omega-3 consumption were more likely to have a higher Omega-3 Index.

“Gynecologists–obstetricians play an important role in the education of their patients and could discuss this issue during routine prenatal care, preferably during the first trimester. Evidence-based guidelines, refreshment training and communication tools could improve the professionals’ awareness and clinical practices regarding omega-3 fatty acids, contributing to the health of mothers and their children. The important results of the present study should stimulate researchers to conduct more comprehensive research that reflects the scale of this major health problem in Belgium and elsewhere,” they said.

The most positive takeaway from this study is that doctors welcome more information about the benefits of omega-3s. In fact, two-thirds of the professionals who participated in the study expressed a desire for further information.

In the meantime, it seems that educating patients and their doctors simultaneously would be the best approach to getting women to consume more DHA during their childbearing years, as well as making sure consumption is providing a “protective” level of 5% DHA via a Prenatal DHA Test.

Let Us Help You Start the Conversation

Whether you are a patient or doctor, starting a conversation about the importance of omega-3 DHA before, during and after pregnancy is the first step.

In February this year, OmegaQuant launched the first-ever Prenatal DHA Test for consumers and health practitioners to help guide the intake of the omega-3 DHA. Only then can you and your doctor be certain that the dietary steps you are taking to increase your DHA intake are working for you.

Alongside this effort, OmegaQuant created an educational initiative to bring more awareness and understanding to the importance of DHA for moms and babies, as well as the need to measure DHA levels to make sure they are getting enough. This educational effort is called the “Prenatal DHA Initiative.”

BLOG: Taking the Prenatal DHA Initiative to the Frontlines

Help us spread the word to women and their doctors about getting more DHA before, during and after pregnancy. As past research shows, most women don’t get any DHA in their diet, and even those who do are only getting about 30% of what they need on a daily basis.

DHA is one of the lowest cost nutritional interventions, which has such potentially large consequences. Preventing preterm birth and promoting the healthy development of a baby’s brain, eyes and immune system could save billions of healthcare dollars globally.

There are 3 steps you can take to make sure you are getting enough DHA in your diet: 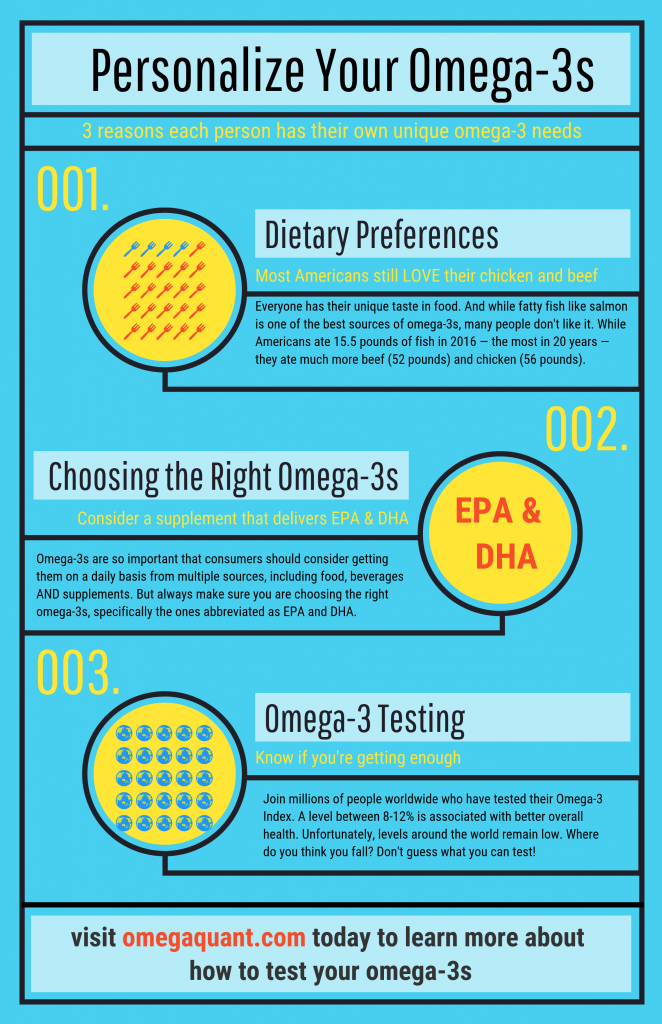