Are B Vitamins Good for the Brain? 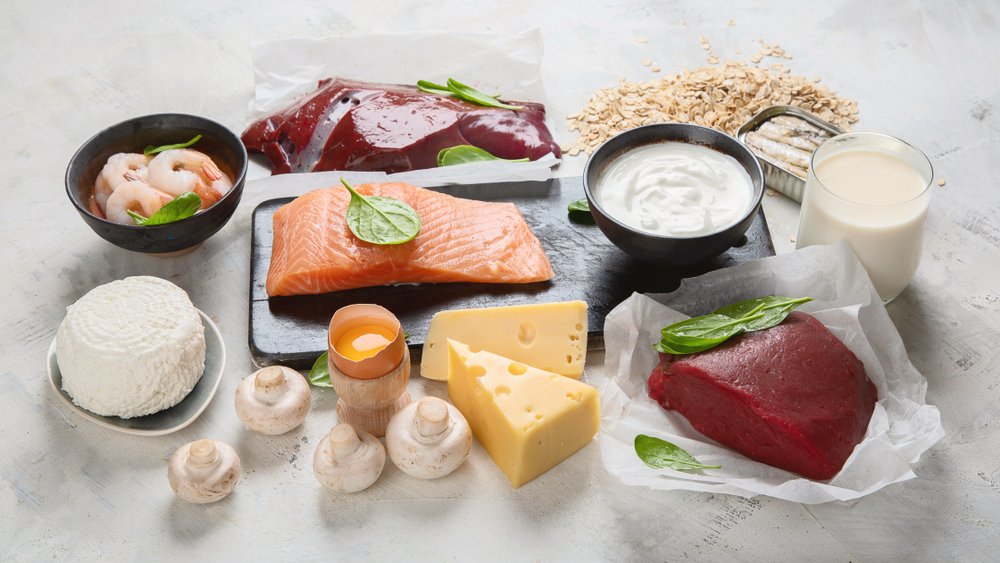 Generally speaking, B vitamins are necessary for your body’s cells to work properly, including brain cells. B vitamins also play a role in metabolism, turning food into fuel. And they make hemoglobin, the protein that enables red blood cells to move oxygen throughout your body.

B vitamins work well in combination with each other—that’s why some supplement companies sell vitamin B complex products. But B vitamins also have individual functions.

For example, Vitamin B6, keeps the immune and nervous systems healthy and is a necessary part of hundreds of chemical reactions in your body. B9, or folate can, among other things, prevent neural tube defects like spina bifida in babies-to-be. (Folate in dietary supplements and functional food was listed as folic acid prior to the U.S. government’s recent revised label requirements.) Vitamin B12 is essential in manufacturing red blood cells and DNA. It also helps prevent anemia and plays a key role in energy production.

B Vitamins and Brain Function

All three—B6, B9 and B12—are linked with healthy brain development and function, from mood to cognition. In today’s blog, we’ll focus on B vitamins and their role in cognitive health.

According to this fact sheet for healthcare professionals from the NIH’s Office of Dietary Supplements, vitamin B6 plays a role in cognitive development by maintaining normal levels in the blood of homocysteine (an amino acid) and through biosynthesis of neurotransmitters, which are known as the body’s chemical messengers.

As for vitamin B9, not only can it prevent spina bifida in babies but it may also prevent another major birth defect, anencephaly in a baby’s brain. In fact, the science was so strong that in 1998, the government implemented mandatory fortification with folic acid in enriched grain products like bread and cereal.

BLOG: How to Choose a B12 Supplement

Today, government recommendations and other respected science-based organizations still advocate for women of child-bearing age to add 400 mcg daily of folic acid either through fortified foods and/or supplements to protect their babies from neural tube birth defects.

When it comes to brain health, vitamin B9 is important not just for babies-to-be. It’s crucial for the brain to function properly in people of all ages. According to this study, the reason is folate’s “specific roles in C1 metabolism and particularly in the production of S-adenosylmethionine, a universal methyl donor essential for the production of neurotransmitters.”

The Cleveland Clinic explains that B vitamins may help boost the production of chemical messengers between the neurons and the brain and may potentially help prevent dementia. And since the body doesn’t store B vitamins, a continuous supply is needed in your diet, otherwise you may be at higher risk for cognitive decline, including memory loss and other neurodegenerative brain diseases like Alzheimer’s.

WebMD points out that B vitamins “play an inter-related role in keeping our brains running properly.” And this scientific article advises: “Indeed, the importance of the B vitamins for brain function is illustrated by the fact that each vitamin is actively transported across the blood-brain barrier and/or choroid plexus by dedicated transport mechanisms.”

Do the Benefits of B vitamins and Brain Health Extend to Memory, Dementia, Alzheimer’s?

It is established that B vitamins are vital to the brain’s development and proper function. But what does the science say about whether B vitamins can help with cognition, specifically when it comes to memory loss, dementia, and Alzheimer’s?

The research is not conclusive. There are some studies that have found potential benefit, and others that have not. In actuality, Alzheimer’s disease and its broader relative, dementia, are multi-factorial conditions for which a known prevention (or treatment, for that matter) has yet to be discovered.

Let’s examine a few scientific reports for B vitamins and cognitive function.

A study published in The Lancet in 2007, known as FACIT, was a three-year, randomized, double blind, controlled study from the Netherlands in 818 men and women, aged 50-70 with raised plasma total homocysteine and normal vitamin B12 at screening. The participants were randomly assigned into two groups, a treatment group (800 mcg daily oral folic acid) or a placebo group.

The results showed that the change in cognitive performance was significantly better in the folic acid group compared to the placebo group, based on results for memory, information processing speed and sensorimotor speed. Said the researchers, “Folic acid supplementation for 3 years significantly improved domains of cognitive function that tend to decline with age.”

A randomized controlled trial—VITACOG—studied B vitamins (and their homocysteine-lowering effect), concluding that the accelerated rate of brain atrophy in an elderly population with mild cognitive impairment could be slowed by B vitamins. The results showed that there was greater rate of brain atrophy associated with lower final cognitive test scores. The researchers noted that accelerated brain atrophy is a characteristic of subjects with mild cognitive impairment who convert to Alzheimer’s disease and called for more trials to see if the same treatment can delay the development of Alzheimer’s disease.

But as often happens with science, there can be disappointing results following promising ones.

For instance, this systematic review of 20 studies, resulting in a meta-analysis of eight studies (all of which were randomized controlled trials), found no overall evidence that oral supplementation with vitamin B prevented cognitive decline in those not already impaired. However, the researchers did note that some of the individual studies examined during the synthesis stage of the review reported some significant effects from the B vitamins on isolated cognitive domains on secondary outcomes; however, the researchers “found no satisfactory explanation why specifically those 6 studies were able to report significant results while the other 14 studies were not.”

Still, they left the door open for further research. For example, they suggested that future studies should consider the potential influence of vitamin B on those who were cognitively impaired at the start of the study and they also wondered whether other forms of administering vitamin B might be useful. They further noted that the connection between vitamin B, homocysteine and cognition shows potential promise and should be further addressed in future high-quality trials.

There has been, and likely will continue to be, a growing body of research on the role of B vitamins and cognitive function, with much debate over the theoretical mechanisms and the potential success for these nutrients in the area of cognition. This scientific article reviews some of the literature and some of the controversies and concludes with several interesting key points to keep in mind about scientific literature.

One point from the author is that unrealistic expectations and subtle differences among hypotheses addressed have contributed to the overall impression of inconsistency in the scientific literature.  She calls it naïve to think “that everyone will benefit from more folic acid and vitamin B12, regardless of their status.” And says that “equally naïve are the assumptions that all cognitive functions will be similarly affected by low B-vitamin status, and that all markers will be able to detect true associations.”

She adds that “we should not expect studies with no replete or deficient subjects to find associations, nor should we expect that all single-outcome studies will produce the same results…”

One more kernel of wisdom from this author is that “the null results of studies conducted in cognitively intact or non-declining samples do not really conflict with the positive findings of studies that merely had a better chance of success.”

And if you are intellectually curious about these types of discussions, here is another scientific article that addresses some similar considerations.

So, yes, the scientific literature is mixed. But let’s not be so quick to decide that one null study knocks out another study’s potential benefits. In the same way, let’s not take the results of one positive study and declare it the be-all and end-all.

B Vitamin Deficiencies in Developed Societies

If you think that vitamin B deficiency is only an issue in developing nations, that’s not the case. In the U.S. and U.K., for example, statistics show that approximately 20% of people older than 60 have a vitamin B12 deficiency as do 6% of those younger than 60. There are several reasons why someone might be deficient in vitamin B, including difficulty absorbing B12 from diet, health or congenital conditions, eating a vegetarian/vegan diet, or low socioeconomic status.

Vitamin B12 deficiency can show up in a number of ways, such as low counts of white and red blood cells or platelets (or a combination), fatigue, weight loss, dementia, pale skin, or neurological changes such as numbness and tingling in the hands and feet. But sometimes there are no symptoms.

That’s why it’s important to consider regular testing, either through a blood test ordered by your doctor, or with an at-home urine sample test, such as the new at-home test available from OmegaQuant that specifically measures for low vitamin B12 status. And although here in the States, most adults can meet their daily value of B vitamins from food, knowing your numbers is usually a good thing.

Let’s take a look at some of the science which associates some cognitive issues with low vitamin B status.

BLOG: Are You Getting Enough B12?

This published scientific review cites several studies which demonstrate an association between low levels of B vitamins and the pathogenesis of Alzheimer’s disease and/or cognitive decline. One such study in patients with Alzheimer’s showed that the white matter that can be predictors of cognitive impairment and global functional decline, and in some cases a hallmark of Alzheimer’s, and were common with those patients having low serum pyridoxine (vitamin B6) levels.

Another study demonstrated a statistically significant relationship between decreased serum levels of folate and Alzheimer’s, with low serum folate levels seen as a predictor of the disease, said the authors. An older study showed low serum folate was strongly associated with atrophy of the cerebral cortex. That part of the brain has an important role in functions such as memory, attention and language.

The authors of this recent study on vitamin B12 and cognitive function started out with the basis that vitamin B12 deficiency is linked to impaired cognition and elevated homocysteine levels are often associated with Alzheimer’s. Their study was conducted to determine the effect of vitamin B12 replacement therapy on those patients who were both vitamin B12-deficient and with minimal cognitive impairment. The results were promising: 84% of patients reported marked symptomatic improvement and Mini-Mental State Evaluation (MMSE) scores improved in 78% of the patients following vitamin B12 replacement. In the 44 remaining patients who reported no symptomatic improvement, MMSE scores improved in 26 of those patients.

As this post advises, “for now it’s best to get enough vitamin B12 to prevent a deficiency, and not look to it as a remedy for what ails you.”

B vitamins are important in ensuring a healthy, functioning brain. And B vitamins may contribute to cognitive function and help prevent cognitive impairment, but more research is needed.

Be realistic about the synergistic role of vitamins and manage your expectations for what they can do. At the very least, be smart—make sure to meet your daily requirements for B vitamins.

VIDEO: How to Take an OmegaQuant Blood Test