What Are Omega-7 Fatty Acids? 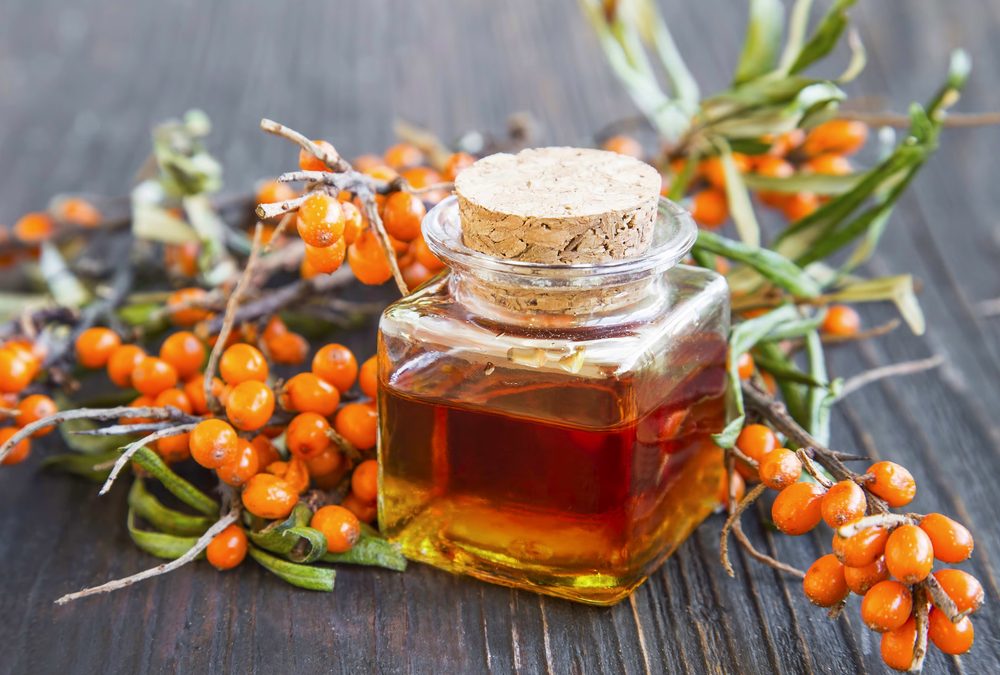 Three, six, nine. When it comes to omega fatty acids, these are the numbers—especially omega-3 and omega-6—that are most likely to come to mind.

But there’s another omega fatty acid sibling—omega-7—making its way into the public consciousness because of its potential benefits for your overall health, but especially heart health, inflammation and insulin sensitivity.

Omega-7s differ from omega-3s and 6s in two main ways. First, like omega-9s, omega-7s are categorized as monounsaturated fats, whereas omega-3s and omega-6s are polyunsaturated in nature.

There’s no need to worry about which is better, because both are good for your health. In fact, both mono- and poly- unsaturated fats are considered healthy fats and should be meaningfully incorporated into your diet through food, supplements (as needed) or a combination of the two.

BLOG: Should You Take a Supplement

For wannabe science geeks, the numbers identify how many carbons away the first carbon-carbon double bond is from the methyl end of the fatty acid chain. Simply put, if the fatty acid is identified as an omega-7, it’s seven away.

Second, in common with omega-9s, omega-7s are “non-essential” fatty acids. That doesn’t mean that you don’t need them—in fact quite the opposite. When scientists and public policy experts refer to “essential” fats or nutrients, that term simply means that your body does not produce them on its own.

In the case of omega-7s (and 9s), your body does manufacture these fatty acids, thus the term “non-essential.” However, your body may not be producing enough omega-7 to access the broad health benefits of that fatty acid, thus the interest in increasing your omega-7 intake through diet or supplementation.

There are about eight omega-7 fatty acids, including two which can be obtained from dairy sources—vaccenic acid and rumenic acid—as well as paullinic acid from plants. But perhaps the most popular omega-7 is palmitoleic acid, which in recent years has become buzzworthy because of the health-trendy sea buckthorn plant. (More on sea buckthorn coming up, but as an aside, don’t confuse sea buckthorn with buckthorn as they are two different plants.)

VIDEO: Your Saturated Fatty Acid Level Has Nothing to do with LDL Cholesterol

Where Can You Find Omega-7 Fatty Acids?

You can get your omega-7 benefits from either food or supplements, but food is the first option as nutritional supplements shouldn’t replace food, but instead should serve to fill nutrient gaps preferably in an otherwise healthy diet.

Let’s start with fatty (in a good way) fish. Salmon and anchovies are a couple of sea options that feature omega-7s along with omega-3 EPA and DHA fatty acids.

There are a few other food sources for omega-7s, including macadamia nuts, macadamia and olive oils, and even the superfood avocado, all of which are sources of palmitoleic acid. (The avocado is not as plentiful in omega-7, but it sure is tasty!)

We also know that sea buckthorn is one of the richest sources of omega-7 benefits. But it’s unlikely you’ll be able to walk into your local American grocery store and walk out with this exotic plant, which is native to China and parts of Europe.

With its orange berries, this thorny shrub is botanically named Hippophae, Greek for “shiny horse,” because the ancient Greeks found the plant’s oil helped their horses’ coats glisten. According to this article, sea buckthorn is one of the few plants from which palmitoleic acid can be sourced, and even at that it’s only found in the soft part of the berry. The seeds contain low levels of palmitoleic acid, while it’s the pulp and peel of the sea buckthorn berry that give you the highest palmitoleic acid bang for the buck.

For consumers looking for the convenience of omega-7 supplements, many (but not all) fish oil supplements are an option. Health food stores and companies selling buckthorn oils or powders online are also a growing-in-popularity option for finding omega-7s. In this case, supplement companies extract the oil from the plant’s seeds or berries. The powdered form—which can be added to drinks such as smoothies—also relies on the plant’s fruit for the omega-7 benefits. (A quick reminder: if a company’s claims suggest over-the-top hype for benefits, be wary. Supplements do not offer miracle health solutions.)

Which brings us to the science.

Monounsaturated fats, in general, may help reduce the risk of heart disease, decrease inflammation and help improve blood sugar control, among other benefits.

For example, this article says that one study in 162 healthy people compared three months of a high-monounsaturated fatty acid diet to a high-saturated fat diet and found that the former reduced LDL (the “bad”) cholesterol by 5 percent while the latter increased LDL cholesterol by 4 percent.

When it comes to research for omega-7s, specifically, the body of science is not nearly as extensive as the class of omega-3 featuring EPA and DHA, which enjoys their status as some of the most highly studied nutrients. As this article notes, it was only a decade ago that omega-7s became more than a blip on the nutrition community’s radar. The fatty acids’ status as a non-essential nutrient and its scarcity in food, especially as compared to omega-3s, may have discouraged scientists from truly digging into research on omega-7s such as palmitoleic acid, one expert surmises in the piece.

Not surprisingly, though, the research that does exist for omega-7s shows potential benefit in the areas of heart health, inflammation, and related disease such as diabetes.

This post mentions a small, but placebo-controlled study, that found a palmitoleic acid-rich supplement made from anchovy oil significantly lowered triglycerides and LDL cholesterol and raised HDL cholesterol. In addition, a measure of inflammation in the body, levels of CRP, were also lowered.

According to this online outlet, results from the Cleveland Clinic showed 210 milligrams per day of omega-7 reduced CRP levels by 44%. That same post noted that studies from Harvard University also saw positive effects from omega-7 fatty acids. For example, the article claims, higher levels of omega-7 were associated with lower triglycerides, inflammation, lower body mass index, and even smaller waist circumference. And, another Harvard University study showed promise for palmitoleic acid with results indicating those with the highest circulating levels of that fatty acid had a 60% lower incidence of diabetes compared to those with the lowest levels.

As for sea buckthorn, the results are not a slam-dunk, but the plant has a long history of use for medicinal purposes. This piece shares a dozen health benefits while this one comes with some cautions.

What’s the Bottom Line on Omega-7s?

So, like its lower-numbered relatives, omega-7s may well play a role in many areas necessary for promoting and maintaining good health. At OmegaQuant, we encourage the scientific community to delve deeper with additional research to confirm those benefits already suggested and seek to discover new benefits for this unsaturated fatty acid.