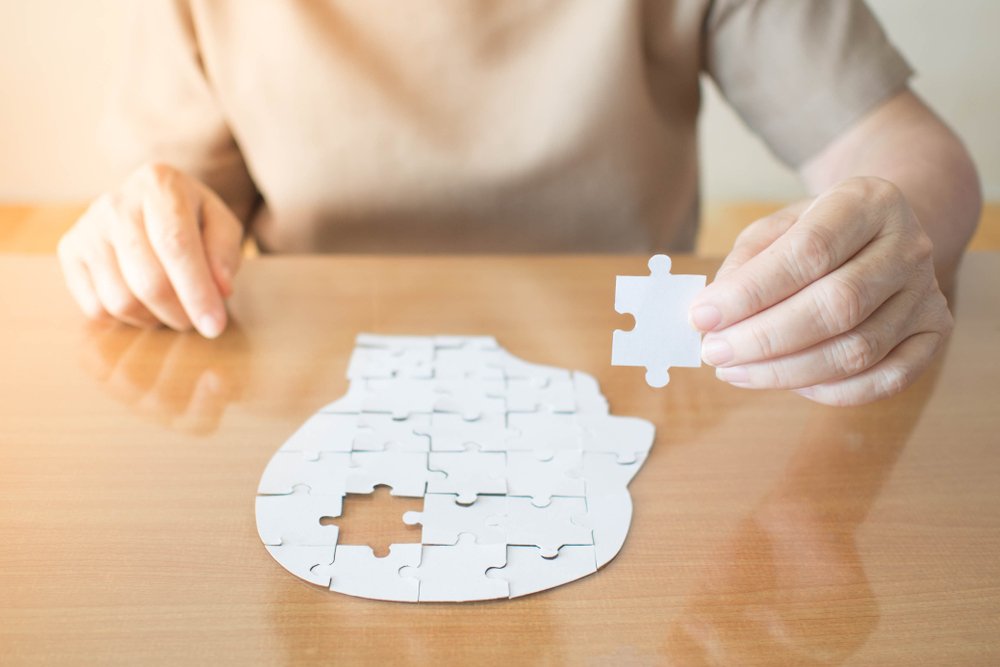 Dementia is a syndrome characterized by progressive cognitive impairment beyond what is expected with normal aging. Dementia can lead to challenges with memory, speaking, and expressing thoughts and emotions and can interfere with a person’s ability to function independently.

Dementia is a growing public health concern, affecting around 55 million people across the globe. The World Health Organization (WHO) expects this number to rise to 139 million by 2050 as the proportion of older people in the population is increasing in nearly every country.

While there are many forms of dementia, Alzheimer’s disease is the most common, contributing up to 70% of the cases. Some risk factors of dementia cannot be modified, such as advanced age, genetic factors, and family history. Other risk factors, which may be modifiable, include less education, hypertension, hearing impairment, smoking, obesity, depression, physical inactivity, diabetes, excessive alcohol or substance use, and nutritional deficiencies. Without a treatment available to cure dementia, prevention is the best strategy to temper this growing public health issue.

Since diet and nutrition have been identified as potentially modifiable contributors to age-associated cognitive decline, research in this area has been growing. Vitamin D has been acknowledged as a nutrient that has various actions in the brain. Cognitive impairment, dementia, and other cognitive and mood disorders have now been added to the list of diseases influenced by vitamin D levels.

Circulating 25 hydroxyvitamin D (25(OH)D) crosses the blood-brain barrier, where it enters glial and neuronal cells to be converted to its active form, 1,25(OH)2D. Vitamin D receptors (VDRs) are found in high volumes throughout the brain, including the hippocampus, hypothalamus, thalamus, cortex, and substantia nigra, signifying the many ways vitamin D can impact neurological function and brain health.

BLOG: Vitamin D and Kidney Stones – Is There an Association?

Vitamin D is believed to influence brain health primarily by regulating the release of neurotrophic factors, increasing antioxidant capacity, up-regulating the expression of various genes involved in dementia incidence, and decreasing inflammation. Vitamin D contributes to neuronal health by regulating the synthesis of neurotrophins such as nerve growth factors and neurotransmitters like acetylcholine, dopamine, and gamma-aminobutyric acid. Finally, studies suggest a vascular mechanism may play a role, as vitamin D is associated with cardiovascular health outcomes. A healthy brain requires healthy blood flow.

VIDEO: What is an Optimal Vitamin D Level?

In August of 2022, Navale et al. published a paper investigating the association between 25(OH)D, neuroimaging features, and the risk of dementia and stroke. The researchers used information from over 33,000 participants from the UK Biobank to examine and compare 25(OH)D concentrations with brain neuroimaging features. Furthermore, they extended the analysis to over 427,000 participants to explore the associations with risks of dementia using Mendelian randomization (MR) analyses to test for causal effects of increasing 25(OH)D concentrations in the context of severe vitamin D deficiency. Approaching this question using MR reduces methodologic problems related to confounding and reverse causality since the genetic variants measured are fixed at conception and do not change in response to our behavior or disease experiences.

In the observational analysis, the researchers found that low 25(OH)D concentrations were associated with differences in several aspects of brain morphometry and an increased risk of dementia and stroke. The study did not confirm causality but did uncover evidence for a nonlinear causal association between 25(OH)D and dementia risk in the MR analyses. This suggests benefits of improving 25(OH)D concentrations are most robust when alleviating vitamin D deficiency but increasing levels beyond 50 nmol/L may not provide further advantages related to dementia risk. These findings highlight the importance of identifying and treating vitamin D deficiencies for cognitive and public health purposes.

Although causation has yet to be confirmed and evidence from randomized controlled trials is mixed, the current study reported a causal association in which increases in 25(OH)D would mainly benefit individuals with an overt vitamin D deficiency. Three additional MR studies (Mokry et al. 2016, Larsson et al. 2017, Wang et al. 2020) support a causal association between 25(OH)D levels and Alzheimer’s disease, reporting that increased 25(OH)D levels are associated with reduced AD risk and that maintaining vitamin D status may contribute to slow down cognitive decline.

Should I Supplement with Vitamin D?

As with many nutrition considerations… it all depends. A 2022 systemic review aimed to determine the efficacy of using vitamin supplements in the diet to address nutritional deficiencies and prevent dementia and mild cognitive impairment. The review included 27 articles published from 2011 through November 2021, of which 10 articles included assessments of vitamin D. The review found that results of vitamin D supplementation varied wildly, leading to a lack of certainty regarding the potential benefits that vitamin D supplementation might have on cognitive outcomes.

If you’re unsure about your vitamin D status, vitamin D tests can be done at home or with your trusted healthcare provider. If you find that your vitamin D levels aren’t up to par, check out this article on “How to choose the best vitamin D supplement.”

With the growing social and economic burden of dementia, countries must focus on reducing the potentially modifiable risk factors for dementia and cognitive decline. The evidence presented in this article provides evidence of an association between low vitamin D levels and an increased risk for dementia and other cognitive health concerns and confirms the importance of nutrition assessments and strategies in the fight against growing dementia numbers.

The Navale et al. study published in 2022 was the first to conduct nonlinear MR analyses and to provide evidence of a nonlinear causal association between 25(OH)D and dementia risk, which appears to operate only below the deficiency threshold. According to the findings, there is a vitamin D status that is most favorable in supporting brain health and lowering the risk for dementia, which falls between 50 nmol/L and 125 nmol/L. Based on the current evidence, vitamin D deficiency could be used as an indicator to assess the risk for cognitive decline and dementia. Therefore, knowing your vitamin D levels and ensuring adequate 25(OH)D status through food or supplementation is recommended.

VIDEO: Do you still need to take a Vitamin D Test if you get plenty of sunshine and take a supplement?